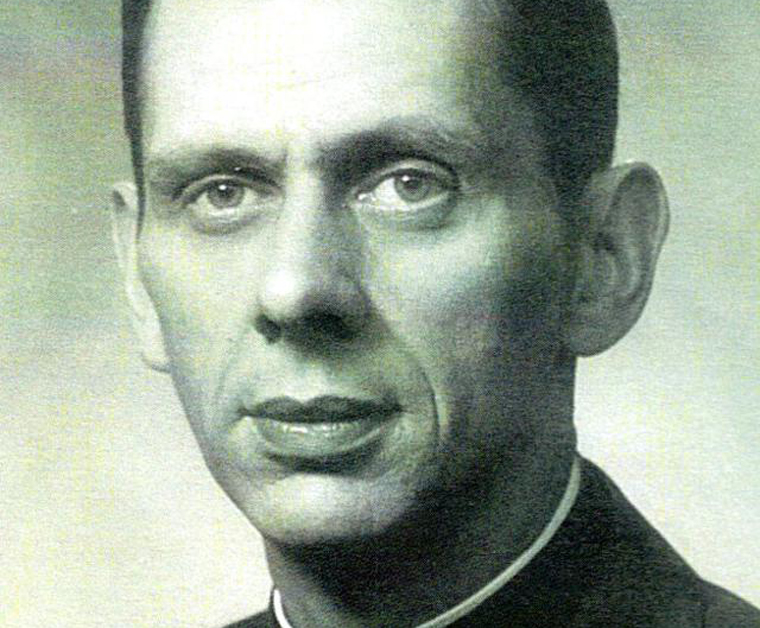 UTICA — The Mass of Christian Burial for Father William P. Gleba was celebrated at Holy Trinity Church Feb. 23, bringing his story full circle to the parish where he said his first Mass in 1958. The service was punctuated by comments and hymns in Polish, the language that beats in the heart of the parish and many of those he loved and who loved him. Auxiliary Bishop Thomas J. Costello, D.D., presided.

Father Gleba, born Jan. 29, 1930, passed peacefully Feb. 18, 2016. He graduated from St. Mary’s College, Orchard Lake, and entered Ss. Cyril and Methodius Seminary at the Lake. He was ordained a priest on May 24, 1958 in the Cathedral of the Immaculate Conception by Bishop Walter Foery.

Father Gleba’s first pastoral assignment was St. Stanislaus Church in Utica, where he replaced his brother, Msgr. Peter Gleba. He worked there seven years, his longest assignment. He was active in the Youth and Sports Program and helped reorganize the Holy Name Society and the Ushers’ Club.

Father Gleba entered the U.S. Air Force in 1968. He served as chaplain and earned the rank of captain. He was discharged with honor and continued his duties across the Syracuse Diocese.

Throughout his ministry, Father Gleba served at St. Ann’s Churches in both Binghamton and Manlius; Sacred Heart Church, Syracuse; St. Mary’s Church, Rome; St. Joseph’s Church, Oneida; and Holy Trinity, Utica. In 1991, he retired as chaplain at the Utica Psychiatric Center and spent a year working at Holy Cross Church in Warsaw, Poland. He was asked to accept his first pastorate in 1992 at Transfiguration of Our Lord Church in Rome, N.Y., where he remained until his retirement in 1997. After retirement, Father Gleba continued to serve in parishes throughout Utica, Rome and Syracuse, always returning to his hometown of Utica.

Born to an Episcopalian mother and a Polish Catholic father, Father Gleba had what “proved to be a strong foundation” for his life and work, said homilist Rev. Canon John E. Mikalajunas. He lived across the street from the church rectory in a house that served as a funeral home and the family home for the Gleba children. “Lincoln Ave. was alive with the Gleba family. And they were characters, Peter and Bill,” he noted.

The dearest relationship Father Gleba enjoyed was the one he had with Christ. “He loved Jesus Christ totally and completely, without reservation,” said Father Mikalajunas. “He had a gift and would say, ‘Jesus Christ, first and foremost.”

He was very ecumenical in his approach to faith and believed “you had to reach out to all people for God,” said Father Mikalajunas. And he did so in many different ways. “While one priest would take you to say the Rosary, Father Bill would take you to a baseball game. But they both gave you Jesus Christ .… He proved that being in love with Jesus Christ meant being a holy guy and being a regular guy.”

Father Gleba is survived by his sister and brother-in-law, Joan and Julio DiMaggio of Frankfort, and several nieces and nephews. He was predeceased by his sister, Mary Patla, and two brothers, Msgr. Peter Gleba and Edward Gleba, as well as other loved ones.

Donations in Father Gleba’s memory can be made to the American Lung Association, 506 E. Washington St., Syracuse, N.Y. 13202.