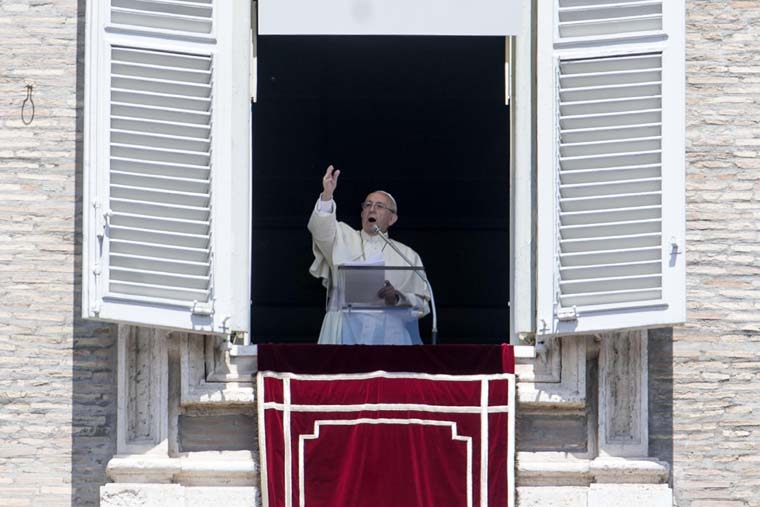 VATICAN CITY (CNS) — Pope Francis, who described himself as coming from “the ends of the earth,” continues to go to the far reaches of the globe to seek those who will advise him and possibly elect the next pope.

Announcing May 21 that he was adding five churchmen to the College of Cardinals, Pope Francis said their geographic mix — two Europeans, an African, an Asian and a Central American — reflect the catholicity of the church.

After the June 28 consistory, 62 countries will have at least one cardinal elector — a cardinal under the age of 80 and, therefore, eligible both to vote in a conclave to elect a new pope, but also available for membership on various Vatican congregations, councils and dicasteries.

Obviously, Pope Francis is continuing the big push begun under Blessed Paul VI to internationalize the College of Cardinals. The cardinal electors that chose St. John Paul II in 1978 came from 49 countries. The group that elected now-retired Pope Benedict XVI in 2005 came from 51 nations (52 if England and Scotland are counted separately). And the cardinals who gathered in the Sistine Chapel to elect Pope Francis hailed from 47 countries.

But for Pope Francis it is not just about numbers, and he is not looking for some “balanced” geographical mix.

If it is about catholicity, as he said, then it is about the way the faith is lived, expressed and grows in different cultures and how those experiences become riches for the church as a whole.

Here Pope Francis’ understanding of inculturation and his favorite geometrical shape — the polyhedron — come into play.

As Pope Francis wrote in “The Joy of the Gospel,” the 2013 exhortation that laid out his vision for his pontificate, in a polyhedron each part “preserves its distinctiveness” but contributes to the whole.

For Christians, he said, seeing the global church as a polyhedron “evokes the totality or integrity of the Gospel, which the church passes down to us and sends us forth to proclaim.”

Every facet or side of the three-dimensional object represents “the genius” of each people who has received “in its own way the entire Gospel and embodies it in expressions of prayer, fraternity, justice, struggle and celebration.”

Masterpieces of theology and spirituality, music, art and architecture obviously are gifts Catholics are called to share with each other. But, for Pope Francis, so are the experiences of keeping the faith amid crushing poverty or persecution.

The short biographies the Vatican released May 21 give glimpses of the gifts Pope Francis wants them to share with the rest of the church. For example:

• Cardinal-designate Zerbo played an active role in the Mali peace process, trying to end years of civil strife that began in 2012.

• Cardinal-designate Arborelius is a convert to Catholicism and the first native-born Swede to serve as a Catholic bishop in Sweden since the Protestant Reformation.

• Cardinal-designate Omella has been a longtime member and two-term president of the Spanish bishops’ social concerns commission.

In Pope Francis’ vision, appreciating the polyhedron that is the universal church means not only going out to the “peripheries” with the Gospel, but listening to stories of faith there and giving witness of that experience to Christians living in places often mistakenly considered central, if not the center of the Christian world.

In his homily on Epiphany, Jan. 6, Pope Francis noted that the Three Wise Men first went to Herod’s palace in Jerusalem, but they discovered “that what they sought was not in a palace, but elsewhere, both existentially and geographically.”

“The Magi experienced longing; they were tired of the usual fare. They were all too familiar with, and weary of, the Herods of their own day,” the pope said. Off the beaten track, in Bethlehem, “before the small, poor and vulnerable infant,” they “discovered the glory of God.”