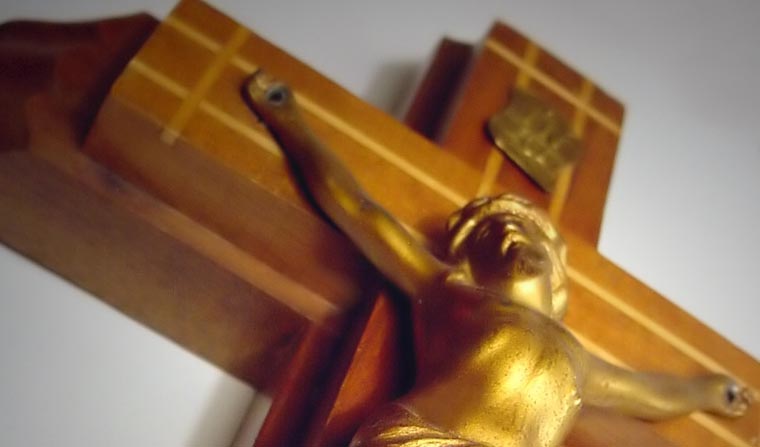 WASHINGTON (CNS) — In an open letter Dec. 15, a group of 20 Catholic bishops and other religious leaders described as “deeply troubling” the movement today “to enforce the false idea — that a man can be or become a woman or vice versa.”

“We acknowledge and affirm that all human beings are created by God and thereby have an inherent dignity,” said the letter. Titled “Created Male and Female,” it was signed by Catholic, Lutheran, Anglican, Greek Orthodox, Presbyterian, Southern Baptist, Muslim, Orthodox and other Christian leaders.

“We also believe that God created each person male or female; therefore, sexual difference is not an accident or a flaw — it is a gift from God that helps draw us closer to each other and to God. What God has created is good,” they said, quoting the Book of Genesis: “God created mankind in his image; in the image of God he created them; male and female he created them.”

“As leaders of various communities of faith throughout the United States, many of us came together in the past to affirm our commitment to marriage as the union of one man and one woman and as the foundation of society,” they said. “We reiterate that natural marriage continues to be invaluable to American society.”

Now, the faith leaders said, “we come together to join our voices on a more fundamental precept of our shared existence, namely, that human beings are male or female and that the sociocultural reality of gender cannot be separated from one’s sex as male or female.”

According to a news release from the U.S. Conference of Catholic Bishops, the letter is the result of a November meeting of the U.S. bishops with Catholic Church’s ecumenical and interfaith partners.

Following the USCCB’s general fall assembly Nov. 13-14 in Baltimore, the faith leaders gathered to discuss gender ideology with members of the USCCB’s Subcommittee for the Promotion and Defense of Marriage.

“We hope this letter communicates to the public our shared understanding of the goodness of the creation of humanity as male or female and underscores our commitment to service of this truth with both clarity and compassion,” said Bishop Conley.

In the letter, the faith leaders said: “A person’s discomfort with his or her sex, or the desire to be identified as the other sex, is a complicated reality that needs to be addressed with sensitivity and truth.

“Each person deserves to be heard and treated with respect; it is our responsibility to respond to their concerns with compassion, mercy and honesty,” they continued. “As religious leaders, we express our commitment to urge the members of our communities to also respond to those wrestling with this challenge with patience and love.”

The leaders said that children in particular “are harmed when they are told that they can ‘change’ their sex or, further, given hormones that will affect their development and possibly render them infertile as adults.”

They said parents “deserve better guidance on these important decisions” and urged the nation’s medical institutions to honor the basic medical principle of “first, do no harm.”

“Gender ideology harms individuals and societies by sowing confusion and self-doubt,” they said. “The state itself has a compelling interest, therefore, in maintaining policies that uphold the scientific fact of human biology and supporting the social institutions and norms that surround it.”

They criticized societal forces that compel people “to either go against reason” and choose to be the opposite sex of how they were born “or face ridicule, marginalization and other forms of retaliation.”

“We desire the health and happiness of all men, women, and children,” the leaders said.

“Therefore, we call for policies that uphold the truth of a person’s sexual identity as male or female, and the privacy and safety of all. We hope for renewed appreciation of the beauty of sexual difference in our culture and for authentic support of those who experience conflict with their God-given sexual identity.”