Guest voice: Saying goodbye in the time of COVID-19 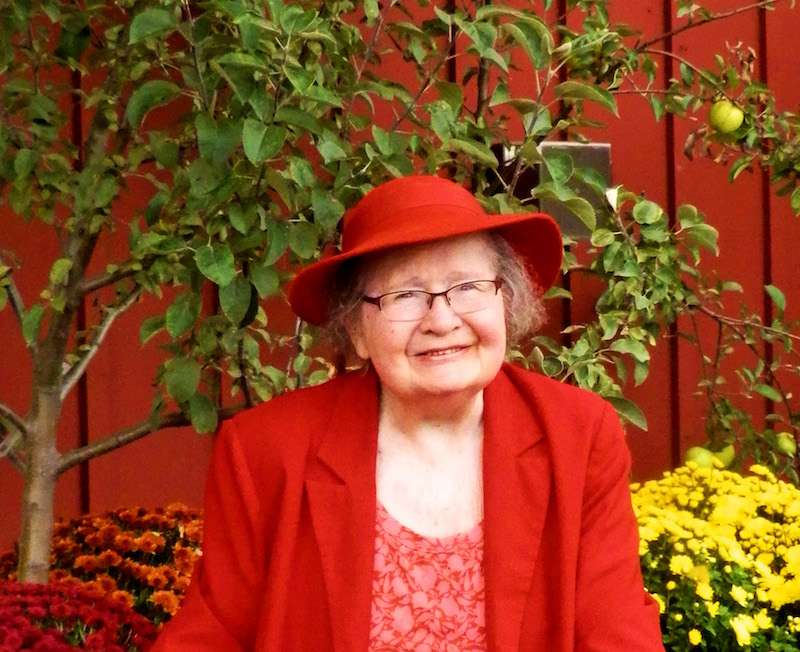 Helen L. Picciano, who died on March 21, 2020, is shown in a photo taken by her daughter Elaine Englert. Helen was a life member of the Federated Garden Clubs of New York State. (Photo provided)

Editor’s note: Deacon Tom Picciano, a journalist, has been writing for the Catholic Sun for 21 years and currently ministers at St. Vincent de Paul Blessed Sacrament parish in Vestal. In this guest column, he shares his experience of his mother’s recent death and funeral as the local and global communities grapple with the coronavirus pandemic. Helen L. Picciano did not die of the coronavirus, but the protocols put in place because of the disease did have an impact on her final days on earth. After writing this column, Deacon Picciano added a final note: “Things have changed since my experience because of more shutdowns. I understand and feel for those who now can’t visit their loved ones due to the virus.”

My mother had been in hospice for just about six months when she died on March 21.

But the “long-goodbye” really started more than a dozen years ago when she was diagnosed with dementia. As her primary caregiver I watched over her at home with the assistance of siblings and aides.

Helen L. Picciano’s last days were spent at Elizabeth Church Manor Nursing Home in Binghamton. I felt some relief and some guilt that I couldn’t keep her at home until the last breath.

At 94 years old, Helen had outlived husband Fred by nearly three decades. A lifelong Catholic, she grew up in Queens Village, N.Y., just two blocks from Our Lady of Lourdes Church. Her dad served as sexton there until his death when she was five. With her mom and sisters, she grew up during the Depression. Helen was a daily Mass-goer. When it was impossible to attend in person anymore, she’d watch it once or twice a day on TV including at the nursing home.

She was dressed in her favorite red outfits each day, waiting for the call from God. Then something happened. Her floor was shut down by flu in late February. She didn’t get the illness.

My brother Peter still visited her every day and fed her dinner. We’d heard of coronavirus, but we spent more time worrying about Mom than about the virus on the outside.

Proud of her Irish heritage and her March 10 birthday, my mom would always wear green during the month of St. Patrick. I saw her for a few minutes on her birthday as did Peter and my sister Elaine Englert.

Then on March 11, the nursing home closed due to the threat of COVID-19. None of us was allowed in to see mom … until Monday, March 16. She wasn’t doing well. … We were called in.

As a deacon, I serve in pastoral care. Over the years, I’ve been in hospitals where I’ve had to put on gowns, and masks and gloves. But this time was different. I’ll admit I was a bit scared.

After the sliding door was unlocked, a staffer at the nursing home told me to clean with hand sanitizer. My temperature was checked: 98-point-one. They helped me with the gloves and gown and tied on the surgical mask. The second floor hall was deserted.

I went into Mom’s room. Her eyes were wide and inquisitive. The voice was soft and short of words. Seeing her children dressed as if they’d just left an operating room must have frightened her. That’s the last time we conversed with mom.

On St. Patrick’s Day and for the next four days after that, her eyes only opened slightly when someone moved her. They kept her comfortable.

EWTN was on the afternoon of the pope’s rosary in the time of the virus. I turned it up so she could hear. My rubber-glove-covered hand held mom’s, which tightly grasped the beads. That’s the last time I saw her alive.

Two days later about 10 on a Saturday morning, my sister got a call that mom wasn’t breathing well. About 20 minutes after that, my sister and I arrived at the same time, waiting anxiously at a locked door.

Someone let us in. Temperature checks … gloves … face masks. Quickly up the elevator to the second floor … past my brother in the hall. I rushed into the room. No oxygen, stillness. My mom’s dementia, not the virus, had finally taken her.

I came out and said: “She’s already gone.”

“You didn’t know?” my brother asked.

The nurse said in the time that she’d taken to leave the room to call my sister and went back in, my mom had peacefully died.

What to do next?

My Binghamton-area siblings, my sister Lorette in Virginia, and I had been filled with emotions and questions the day before. It intensified over the next couple of days. One thing was certain: Mom’s chosen funeral home would take care of the arrangements.

But … Lorette didn’t want to miss the funeral. I stressed the importance of a Mass and burial soon. Others thought we could hold off a bit and “store the body.”

Monday the 23rd arrived. With the intercession of Bill Scheider of Chopyak-Scheider Funeral Home, Mom’s pastor Father Michael Galuppi at St. Ambrose in Endicott, was contacted. My pastor, Father Jim Serowik, of St. Vincent de Paul Blessed Sacrament in Vestal, was willing to help in any way possible.

I sensed a calmness come over everyone. Could it be that Mom helped settle this from afar?

COVID-19 is something that really makes people think. That’s not what took my mom. But it’s so much harder now when a loved one dies and you’re trying to figure out how to have a proper burial.

The diocesan guidelines on funerals with advice from the state had come out over the weekend. Funeral Mass permitted. Burial permitted. Only family permitted.

Father Michael scheduled the burial for Friday. There eventually will be a Mass, after the virus clears, to celebrate my mom’s life.

When we were making final preparations for Mom in the casket, she was dressed in red, with a red hat. I asked about jewelry. The funeral director suggested a pin. I thought of a shamrock.

The first box I looked in had an angel dressed in white, wearing a shamrock. Later that evening an Irish harp pin fell to the floor after I moved a picture on a bookcase. Did Mom direct me to these pins? Both are on my mom now.

They looked good during her viewing on Tuesday. Appropriate distance and time separation allowed my brother, sister, and I to visit my mom one last time that day.

Friday morning I drove to the cemetery in Mom’s red Subaru. It was on a sunny hillside at Calvary Cemetery in Johnson City that we held the graveside service.

Those of us present spaced the appropriate distance and scattered among the nearby graves, praying for my mom. One person held up a phone connected to an online meeting site so those who couldn’t attend could witness it over the internet. Father Galuppi asked me to read the Gospel as tears streamed down my face.

He spoke of the times were are in, and the opportunity to hold a Mass with people attending sometime in the future.

The virus is with us for now. I thought of how someday we’ll be able to get together and celebrate my mom’s Irish heritage as voices join from all over with that old prayer:

May the road rise up to meet you.
May the wind be always at your back.
May the sun shine warm upon your face;
the rains fall soft upon your fields and until we meet again,
may God hold you in the palm of His hand.