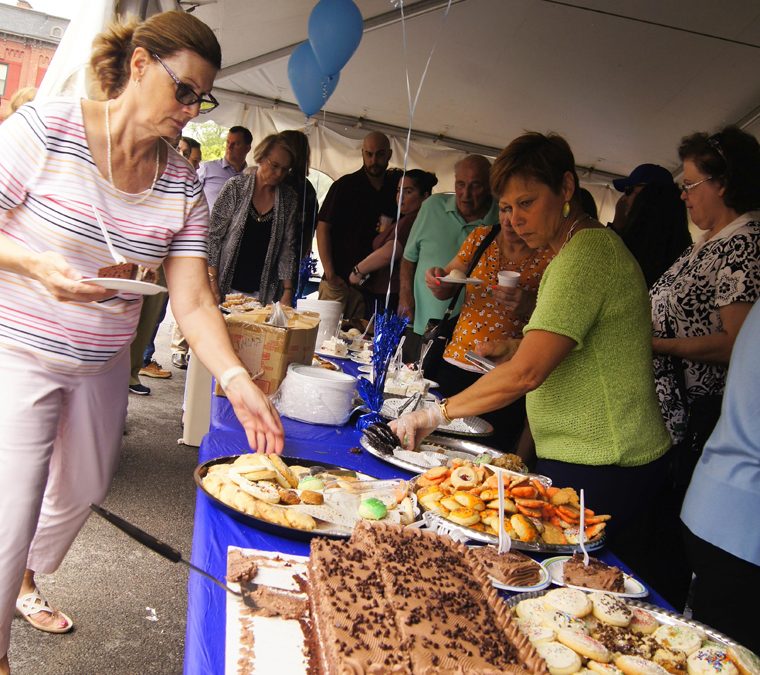 Retiring priest grateful  for great sendoff he gets at Utica church 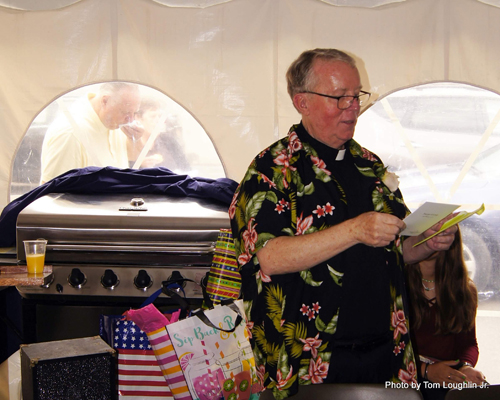 Standing in front of the new grill given to him by the board of trustees of the church, Father Buehler reads their expressions of gratitude. “Now I’m going to have to learn how to cook hot dogs and hamburgers!” quipped Father Buehler. (Photos courtesy Tom Loughlin Jr.)

Relating a little family history, Father Buehler said his father had questioned him on whether or not he really wanted to be involved with the church because it was in downtown Utica and “a lot of characters hung around there.” On move-in day, Father Buehler recounted that his father insisted on being on hand with his cane so he could shoo off those “‘characters.’”

Projecting to a much different scene 25 years later, the departing pastor drew an uproarious response from the congregation when he told the assembled, “Now, YOU are those characters!”

A musical program by the St. John’s choir and soloists Patrick Marthage and Jill Bush included two “Hallelujah Choruses” — one the familiar Handel piece and one the “Hallelujah Chorus” from Christ on the Mount of Olives by Beethoven.

Father Buehler explained that St John’s broke with tradition, including the Handel version in the Easter Mass rather than Christmas, and he expressed his worry that choir “Maestro” Angela Nasssar had not assured him that his favorite composition would be included in his last Mass’s musical selections. When the first notes of the Beethoven version, his favorite, rang out of the choir loft, Father Buehler could be heard delightedly saying for all to hear, “I got it!”

Father William Mesmer was among the attendees at the June 30 reception under the tent in the church parking lot. Offered were hors d’oeuvres, tomato pie, desserts, and champagne mimosas. Father Buehler thanked everybody and said he was very pleased and very, very grateful.

The Board of Trustees surprised Father Buehler with a new grill, drawing the priestly response “Now I’m going to have to learn how to cook hot dogs and hamburgers!”