‘He was my role model, hero and greatest inspiration’ 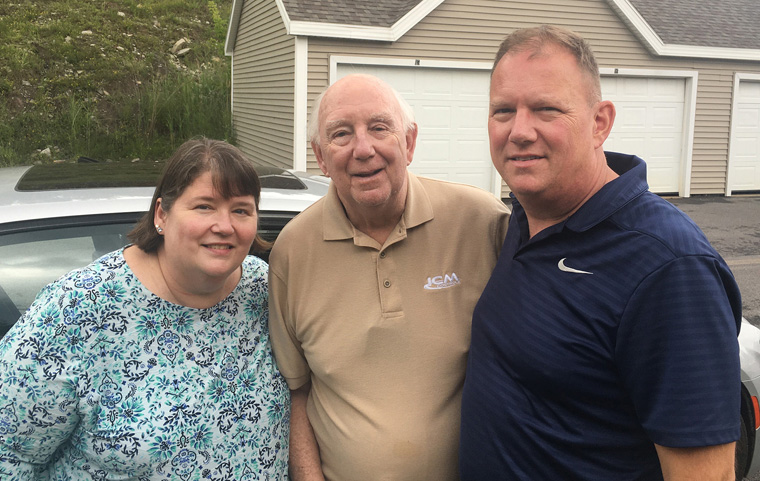 Father Reimer recalled for his love, faith, wit and service to others 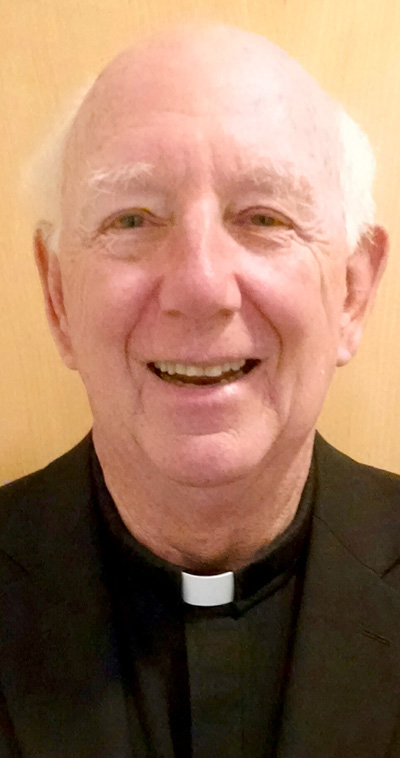 He rated an exclamatory nickname in a foreign language no less.

Father Reimer, 80, died of complications of diabetes Aug. 15 at the Nottingham in Jamesville. He had ministered in Utica, Solvay, Ecuador, Manlius, Mattydale, Jamesville, Syracuse and Chittenango.

Mageean Morado, from Modesto, Calif., a bilingual second-grade teacher for Modesto City Schools, said in an email that her uncle’s legacy includes love and faith, service to others, humility, kindness and generosity of spirit:

“He was my role model, hero and greatest inspiration. Because of his influence, I became fluent in Spanish and a teacher at a low-income school that provides many community-service opportunities. I was also fortunate to be able to express how important he was to me while he was alive. He baptized me, married my husband and me and baptized our daughters. …

“As a family, we would always look forward to his visits. He would come to visit us approximately once a year for almost 45 years. We were always so excited because it was like Christmas, Easter and Super Bowl all wrapped in one! 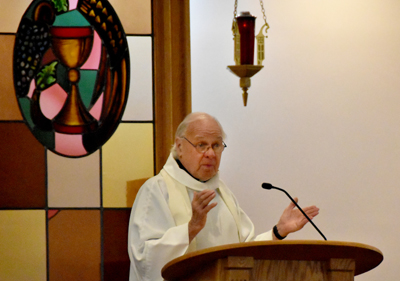 “We would travel together to the Pacific Coast, Yosemite, Napa Valley and the Sierra Nevada. Father Reimer always enjoyed downhill skiing with his nephew and namesake Edward as they were able to go on a few ski vacations. We were especially blessed when he decided to study for a semester in the fall of 1986 at … UC Berkeley. He would come to our house on the weekends.

“We have lots of great memories laughing, doing home projects, telling family stories and enjoying each other’s company.  He would often mention that my father Edward T. Mageean (his brother-in-law) was the closest thing to a brother he ever had.

“My brother, nephew Joseph Edward and I were able to travel to Syracuse this summer for a short visit with our uncle. We are greatly saddened by his sudden loss. He was loved by our family, his church family and the community. We take comfort that he is no longer suffering and that he has a seat at the heavenly table.” Father Reimer was to be inurned in the family plot in St. Stanislaus Catholic cemetery in Modesto.

Those days in Ecuador

The homilist at the funeral, Father Carey, said he was a better person and a better priest for having known Father Reimer, who never really forgot those days when he served with the Missionary Society of St. James the Apostle in Ecuador.

In June 1975, the Sun published a story with a photo showing Father Reimer wearing a wide-brimmed hat as he met with parishioners in Ecuador.

The story quoted Father Reimer: “I was brought up in Blessed Sacrament parish. But in many ways I now think of my home as being in Ecuador. You can’t work there without becoming engrossed in all that is going on around you.”

And: “I live in a town of about 7,000 people, many of whom could justly be called the poorest of the poor. On weekends, the population swells another 5,000 as people come in from the outlying districts to buy small goods.”

And: “South America thrives on exploitation, be it from foreign corporations or from politicians within the countries. Our feeling is that you cannot exploit someone if you claim to be a Christian. We do not accept the social myth that it is the will of God that some people are bound to lead a life of subhuman poverty. And we feel that economic ills and moral ills go hand in hand.

“That may all sound academic here in the States, but in Ecuador it is very radical thinking.”

Father Reimer had to leave Ecuador and return to the States after contracting a tropical disease, said Msgr. O’Brien, his friend of 40 years

Father Carey said Father Reimer was faithful to all the parishes he served. He was a “very, very good homilist” and a “compassionate, comforting confessor,” Father Carey said. Also, “he could do anything” involving plumbing, electrical work or carpentry without using the instructions—“‘gonna do it this way,’” he would say.

Father Reimer also enjoyed birdwatching at his cabin in the woods: “He said to me one day: ‘I saw 13 different species of birds today.’”

Two very interesting expressions that Father Reimer used, Father Carey said, were “If it rains on your day off, it doesn’t count” and “Today I am practicing vacation, so when it comes, I’ll know how to handle it.”

When we depart this world, Father Carey said, we do take things with us: love, service, generosity, faithfulness and care for the poor and the sick.

“He was not only a wonderful priest but a generous and caring person” who was witty, lighthearted, upbeat, vibrant and engaging with people, Msgr. O’Brien said of Father Reimer.

“He was a skier, a hiker and loved nature, loved the outdoors,” he said. “He was very knowledgeable about birds and trees and plants—all the kind of outdoor things.”

Msgr. George Sheehan traveled on vacations to Cape Cod and Martha’s Vineyard with Father Reimer for years. “There were five of us, and we always had a good time,” he said. “He was a man that had a lot of humor and a lot of stories. … A few times we went on a … large sailboat out into the ocean, but we just used to have a good time going to the beach and enjoying ourselves.”

“My parents are his godparents,” Msgr. Yeazel said of Father Reimer. “And I found that out when I was in the seminary.”

Back in 1963, he said, Father Reimer and he drove cross-country and taught vacation Bible school in Del City, Okla., and went door to door upgrading the parish census in Elko, Nev. “The goal was to get to California to see his sister and brother-in-law,” he said, “and we stayed with them for a couple days or week or so, and we drove back.”

What kind of traveling companion was Father Reimer?

“Oh, he was just marvelous. The only downside is he loved to tent out, and I loved to go to hotels.” If it rained, they would go to a hotel. “So I prayed for rain all the time,” Msgr. Yeazel said. “We had a great time, really great time.”

Songs for Father Reimer’s funeral included “On Eagle’s Wings,” “Songs of the Angels” and “Lights of the City.”

“It was beautiful,” said a woman passing by cantor Andrea Love after the Mass.

“He understood family,” Love said of Father Reimer, “and he appreciated what we have here at St. Patrick’s. He was always involved with music ministry—supported us any way he could.”

“He was our buddy,” singer and guitarist Denny Giantomasi said of Father Reimer. He added: “We were honored to be able to play for him and sing. He was a great man with a beautiful soul.”

In 2017, Father Reimer sent this email to the Sun for his 50th Jubilee:

“I was overjoyed at my 25th Anniversary by the enthusiasm of the parishioners and I realized that it was really a celebration of the parish and the priesthood. That is what this celebration is all about. It’s not about me but it is the people of St. Patrick’s demonstrating belief in Jesus, the Eucharist, the Gospel, and the Church.

“It becomes a celebration not of a person but of the people; God’s Easter People.