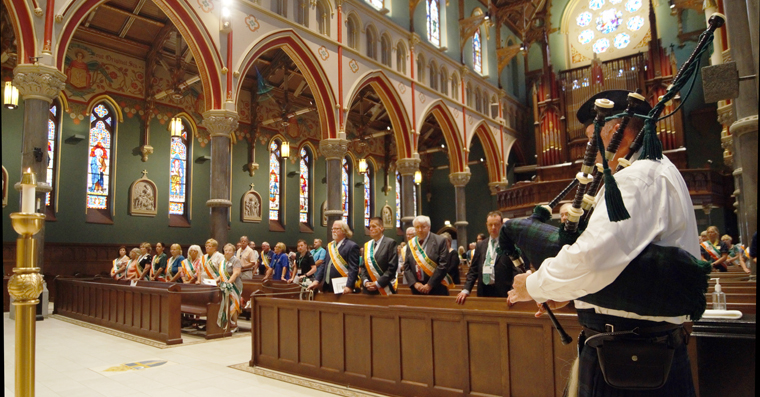 With “Friendship, Unity and Christian Charity” as their motto, the New York State Ancient Order of Hibernians and Ladies AOH began their 2021 convention with Mass at the Cathedral of the Immaculate Conception July 7.

The biennial convention was the 101st for the men’s group and the 62nd for the LAOH.

The convention’s opening Mass for Hibernians and family was paired with another at its conclusion, which was open to the general public.

The Ancient Order of Hibernians in America was founded in 1836 in New York and the coal mining areas of Pennsylvania. Its initial purpose was protecting Roman Catholic churches and clergy against anti-Catholic and anti-Irish sentiments of the time as well as violence by groups such as the “Know Nothings.” Then and now, the AOH requires all applicants for membership to be practicing Roman Catholics of Irish birth or descent.