How a marriage strengthens and grows 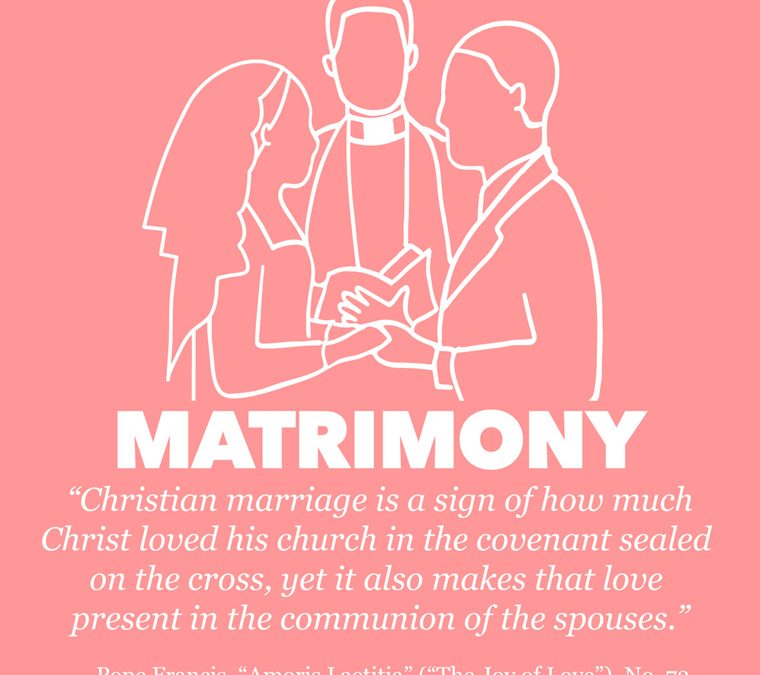 Marriage is like a crucible. At least Pope Francis appears to think so.

But how is marriage anything like a crucible in which, for example, metal is melted in order to be remolded into a new shape?

Actually, Pope Francis compared all of family life to a crucible in his message for the Jan. 1, 2017, World Day of Peace. In an annual message typically devoted to peacemaking and resolving conflicts on the world stage, he included a discussion of family life and marriage.

It isn’t that the pope thinks marriages and families are like war zones where battles rage endlessly. What he says, on the contrary, is that life at home constitutes a crucible in which people learn skills that a peaceful world requires, skills of caring for others and fostering the reconciliations inevitably needed in human relations.

“The family is the indispensable crucible in which spouses, parents and children … learn to communicate and to show generous concern for one another, and in which frictions and even conflicts have to be resolved not by force but by dialogue, respect, concern for the good of the other,” Pope Francis wrote.

In the crucible of family life, he suggests, people learn to resolve problems not by “the logic of fear, violence and closed-mindedness,” but through the exercise of “responsibility, respect and sincere dialogue.”

How many couples think on the day of their wedding that their very life together will possess the qualities of a crucible and thus contribute to reshaping them in unimagined ways? Life for them, as for everyone, will prove nothing short of surprising.

In fact, many couples might not welcome this notion, particularly if “crucible” suggests to them that their life together at times will undergo significant stress or that their relationship still needs to strengthen.

On their wedding day, a couple’s love seems so good to them, and their relationship in so many ways is just what they want. Why would they envision their marriage as a journey encompassing change and a refinement of their love?

It is nearly impossible to define married love in a precise way, since each couple and family is unique. But that does not keep Pope Francis from speaking confidently about important steps and actions that strengthen a couple’s love.

Tenderness is a necessary virtue in marriage and family life, he writes in “The Joy of Love” (“Amoris Laetitia”), his 2016 apostolic exhortation on marriage and the family. He considers this virtue “a sign of a love free of selfish possessiveness.” Tenderness, he explains, “makes us approach a person with immense respect and a certain dread of causing them harm.”

So love does not view the other person “as a threat” or as someone to compete against.

Those who put love into practice “are capable of speaking words of comfort, strength, consolation and encouragement,” the pope affirms. Their home is a place of understanding and support.

Married couples also “speak well of each other,” and they “develop the habit of giving real importance to the other person,” he writes. He wants couples to realize that “the combination of two different ways of thinking can lead to a synthesis that enriches both.”

Married love requires time together, “quality time” for conversation and dialogue. Pope Francis says, “This means being ready to listen patiently and attentively to everything the other person wants to say,” and it calls for “the discipline of not speaking until the time is right.”

For, he continues, “we need to be sure that we have heard everything the other person has to say.”

One thing Pope Francis hopes couples will acknowledge is that “marriage is not something that happens once and for all.” In “The Joy of Love,” he insists that helping couples realize this is one of the great challenges of marriage preparation programs.

From its beginning a couple’s marriage is “real and irrevocable, confirmed and consecrated by the sacrament of matrimony,” he notes. “Yet in joining their lives the spouses assume an active and creative role in a lifelong project.”

Now the couple’s gaze “has to be directed to the future that, with the help of God’s grace, they are daily called to build.” Other families and the church’s pastoral ministry can help a couple’s love “to grow and mature,” he advises.

He cautions, though, that “love that fails to grow is at risk.”

Years after their wedding, when a couple looks back upon their life together, they can clearly see that who and what they were in the beginning has undergone a transformation, though they barely felt they were growing, maturing and changing as it happened.

Time, joined with all sorts of experiences and developments, refashions a couple, so to speak. Moments that tax their strengths and other moments that are cause for celebration all fulfill dynamic roles in the crucible of their marriage.