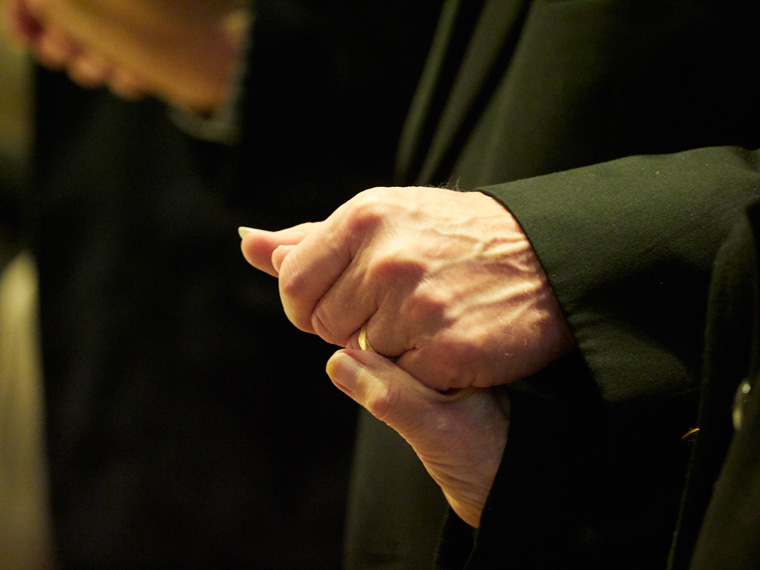 Love was all around Feb. 10 as married couples from across the diocese gathered at the Cathedral of the Immaculate Conception for the annual World Marriage Day Mass.

Sponsored by the Office of Family/Respect Life Ministry, the Mass celebrates couples marking milestone anniversaries and offers all married couples an opportunity to receive a blessing from Bishop Robert J. Cunningham, who celebrated the Mass.

“Marriage is worthy of celebration,” said Lisa Hall, director of the Office of Family/Respect Life Ministry. She hoped the couples in attendance would “walk away with a sense of being renewed in their faith, in their relationship, [and] know that their Church loves them, values them, appreciates them.”

Bishop Cunningham in his homily thanked and praised the couples for their examples of fidelity and witness.

Richard and Sally Bowers, parishioners of St. Mary-St. Paul in Binghamton marking 59 years of marriage, attended the Mass along with their daughter and son-in-law, Mary and Mark Meier. Mary and Mark attend the Church of the Holy Family in Endwell and are marking 33 years of marriage. Mary said she learned commitment from the example of her parents’ marriage, and both she and Mark agreed that the key to a lasting marriage is “putting each other first.” Richard offered his wisdom as well, noting patience as the key.

Also making the Mass a family affair were Marlene and Brian Murphy, parishioners of St. Vincent de Paul Blessed Sacrament in Vestal marking 50 years of marriage, who attended with daughter and son-in-law Kelly and Chad Lamphere and daughter and son-in-law Colleen and Mark Selby. Kelly and Chad are parishioners of Immaculate Conception in Fayetteville marking 25 years of marriage; Colleen and Mark, of St. Patrick’s Church in Binghamton, are celebrating 20 years. Kelly said she hoped to teach her own children what she had learned from her parents’ example: commitment and sticking together in good times and bad.

Joseph and Elizabeth McCarthy, parishioners of St. Ann’s in Manlius, were one of three couples honored at the Mass for 66 years of marriage. Appropriately, the happy couple will mark their anniversary on Valentine’s Day, Feb. 14. The two met on a double-date in Brooklyn. The other couple “didn’t last, but we did,” Elizabeth quipped. She was also quick to give the secret of a lasting marriage: “Love.” 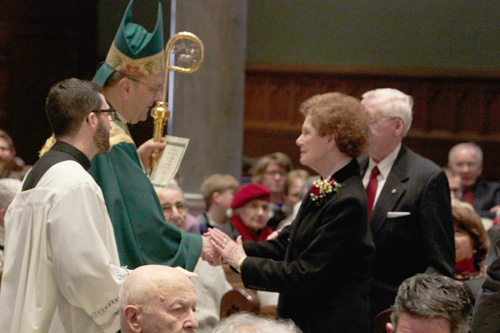 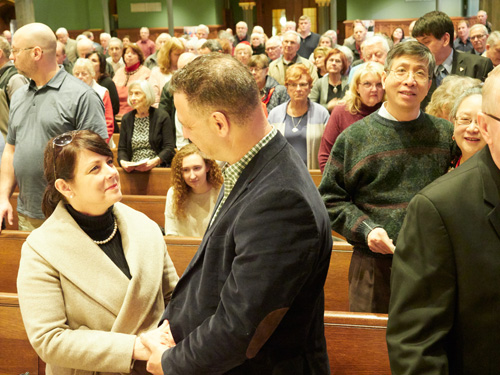 Mary and Mark Meier, parishioners of the Church of the Holy Family in Endwell marking 33 years of marriage, exchange smiles at the Mass. The couples were among dozens who attended the annual Mass at the Cathedral. 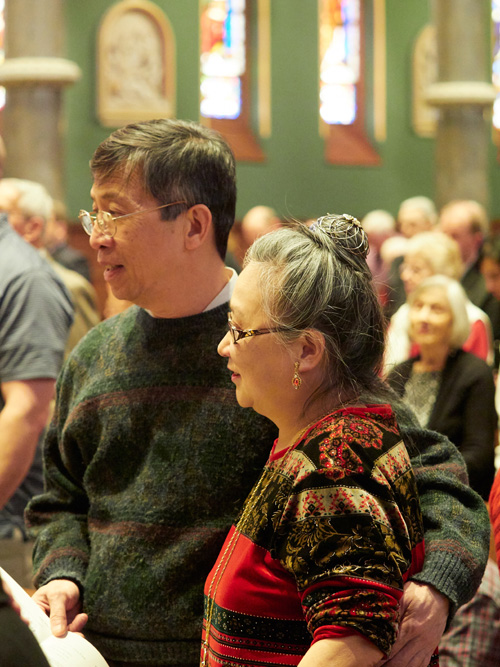 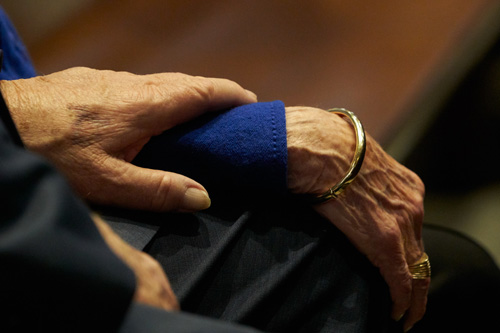 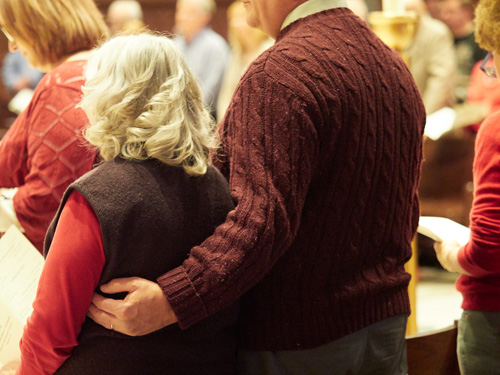