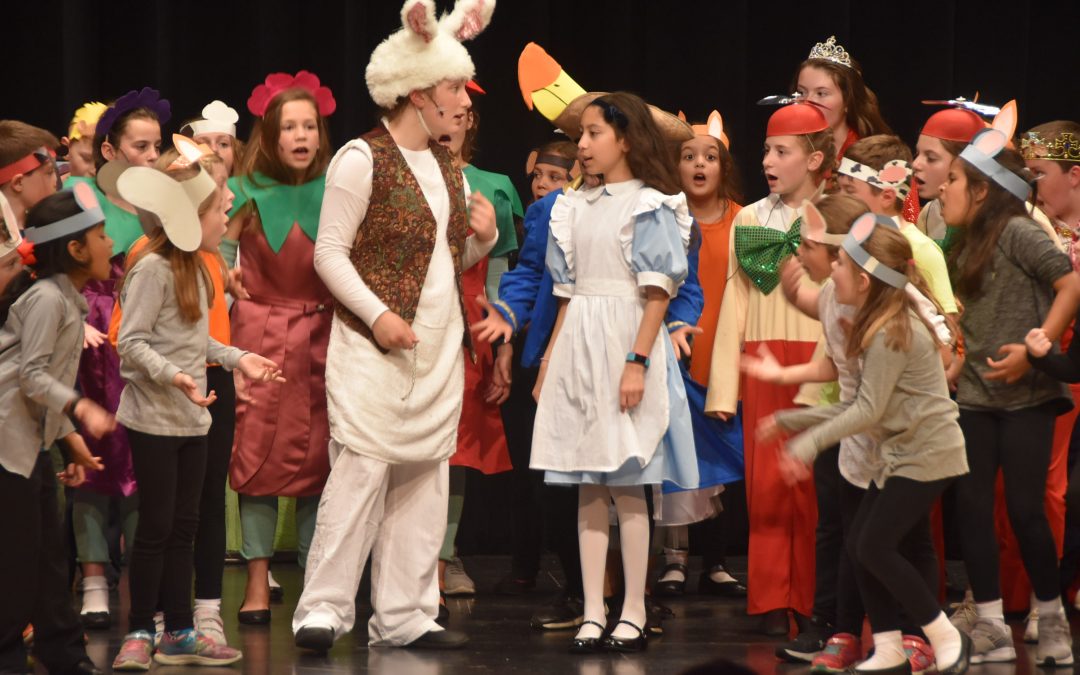 FAYETTEVILLE —The Immaculate Conception School Drama Club presented the musical Alice in Wonderland, directed by music teacher Andrea Ashline and co-directed by fourth-grade teacher Janet Kirkgasser. Students from kindergarten to sixth grade had been rehearsing one day a week after school. The show, with 60 cast and crew members, was presented June 1 at the Wellwood Middle School auditorium. A dress rehearsal was held May 31 at IC so that students and parents could watch the musical. Pictured are Addison Maliga (rabbit), Sofia Santa Ines (Alice), and other cast members.