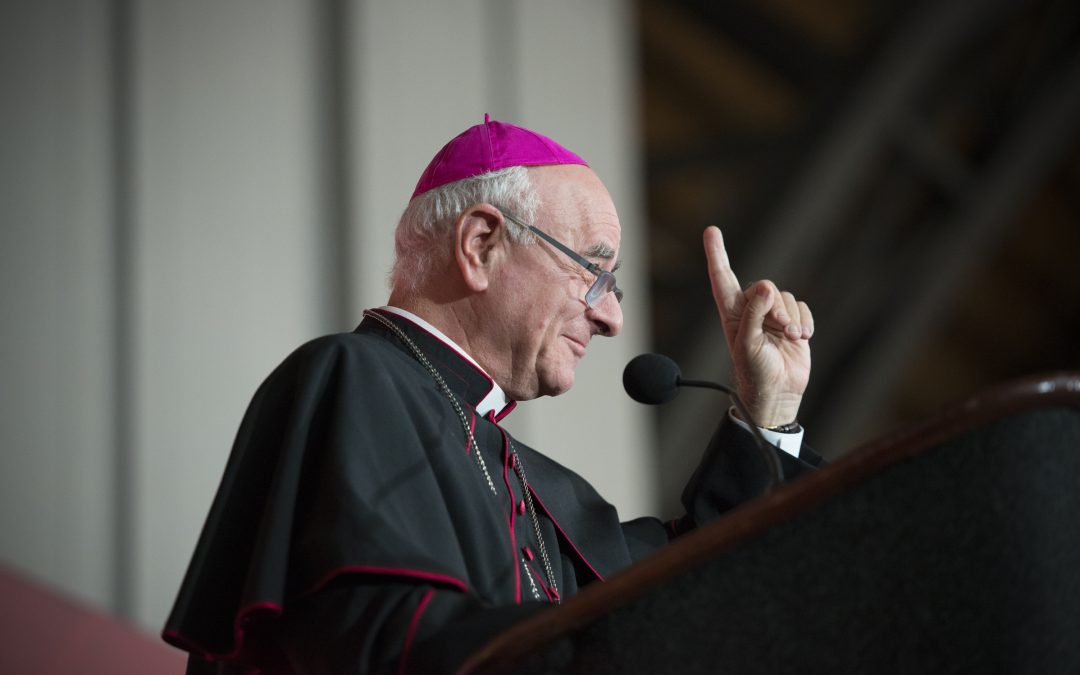 VATICAN CITY (CNS) — Pro-life issues cannot be restricted solely to bioethical concerns but must encompass a broader definition that defends life in every aspect, said Archbishop Vincenzo Paglia, president of the Pontifical Academy for Life.

Speaking to journalists at the Vatican press office Oct. 2, Archbishop Paglia said that to be pro-life, Christians must “rethink the semantic value of the word, ‘life’ and not just in a reduced way.”

“If we must be pro-life, we must always, however and wherever, be pro-life,” Archbishop Paglia said.

Archbishop Paglia presented the theme of the academy’s Oct. 5-7 general assembly, which will reflect on “accompanying life: new responsibilities in the technological era.”

The assembly, he said, would offer a time of reflection on human life today that considers the strides made through new technology while acknowledging that technology also risks becoming “a new religion where all other values are sacrificed.”

“The academy’s goal is to tackle these issues, combining scientific rigor and humanistic wisdom, a passion for truth and a comparison between different skills and visions of the world,” Archbishop Paglia said.

The Pontifical Academy for Life, he said, has a responsibility to promote life, not just in theory, but in the realities where it is most threatened.

Recalling a visit to camp in Uganda that housed 500,000 refugees, Archbishop Paglia said that such cases show that the “horizon is very wide.”

“To be pro-life doesn’t mean having a theoretical, abstract concern; it means promoting a culture that helps life always and everywhere,” the archbishop said.

The pontifical academy, he added, holds those issues dear and academy members are committed to studying them at a global, international level.