In Homily, Calif. Priest Says He Was Abused, Hears From Dozens Of Victims 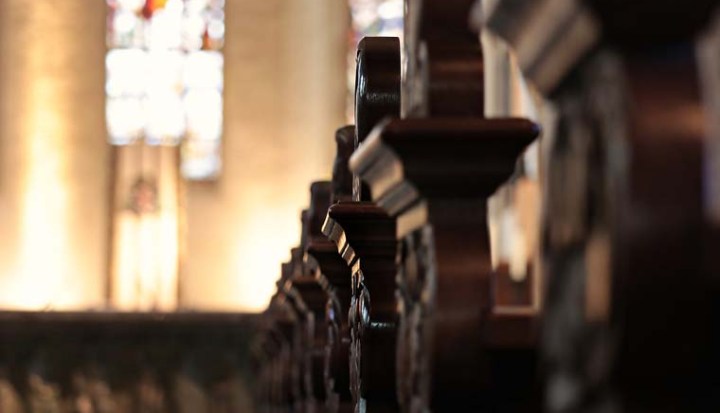 WASHINGTON (CNS) — To be a voice for victims of clerical sexual abuse, Father Brendan McGuire realized he had to come to terms with the abuse he suffered at the hands of a priest when he was 18. It was a secret he had held for 35 years.

He told the story of his abuse in a homily delivered at five weekend Masses Sept. 8-9 at Holy Spirit Church in San Jose, California, where he is pastor.

In a Sept. 18 interview with Catholic News Service, Father McGuire said that although he always writes his homilies for distribution via email and social media, it was the first time he read it word for word from the pulpit so he wouldn’t overlook anything he wanted to say.

Parishioners responded with “thunderous applause” at two Masses and “three standing ovations” at the others — atypical post-homiletic behavior, he said.

Since the homilies, Father McGuire said, he has heard from 45 men who told him they also had been abused. Five of the men were priests, he added, and four of those had been abused while they were seminarians.

Growing up in Bray, Ireland, near Dublin, Father McGuire said he first met his priest-abuser when he was 14, and did not recognize the four years of “grooming” by the priest for his “final play,” with the priest saying during the attack that he had waited until young McGuire had turned 18 “so it wouldn’t be child abuse.”

While the future priest successfully fought off his abuser — “I was one of the lucky ones,” he said in his homily — others were not so lucky. The priest, who was not named in the homily, had preyed on dozens in New Hampshire and Massachusetts, was imprisoned in 2004 and died in prison two years later.

Father McGuire added he was driven to write his homily after reading the first 400 pages of the Pennsylvania grand jury’s report on abuse allegations in six dioceses in the state dating back to 1947. Father McGuire sighed and said, “There was a whole other level of detail that I had forgotten about. Especially grooming.” Having read that far, he noted, “I just got so angry about it all over again, how these guys were so systematic about it.”

Father McGuire told CNS he almost didn’t go through with the homily because of the celebrity it would bring.

“I didn’t want it. That’s one of the reasons I held back,” he added. “I’m a man of deep prayer, I pray for an hour in the morning, and an hour in the evening. … I’m a big discerner. I wrote this homily days in advance. I prayed over it for a long time. I didn’t want this to be about me. I really didn’t.”

Father McGuire wants to be more than merely an effective voice for abuse victims. He wants to see change in the church.

In his homily, he listed ways the church needs to change.

Father McGuire wants bishops to “listen attentively” to victims. “The pain never fully leaves us. That’s OK but your acknowledging it helps us heal,” he said. He also urged bishops to disclose the names of all accused priests, past and present, and to agree what he called “an attorney general-like investigation.”

“Let them verify that you are doing all you can to protect the children now,” he added. The priest also wants bishops to perform “some act of repentance, like promising to not wear the miter for a year of mourning.”

He further wants bishops to “work with the pope to reform the governance of the church so that women have a voice of authority. I do not believe this travesty of justice would have happened if we had mothers and fathers at the decision-making tables; they would not have allowed other people’s children to be put in harm’s way because they would see their own child in them.”

Father McGuire asked parishioners to press bishops for accountability and to advocate for victims and “create a place of healing” to build “a community of true belonging where all the wounded are welcomed, as Pope Francis calls it, ‘a field hospital’ here in San Jose.”

In a Sept. 13 letter to Catholics in the San Jose Diocese, Bishop Patrick J. McGrath said the diocese would conduct three “listening sessions” for abuse victims and their families and for Catholics “on the pathway to reform”; release in mid-October of names of all credibly accused priests who ministered in the diocese; and open an independent examination of abuse allegations by a firm headed by Kathleen McChesney, the highest-ranking woman in the FBI before leaving to become the first executive director of the U.S. bishops’ Office of Child and Youth Protection in 2002.

“We cannot defend priest-perpetrators and those bishops and others who enable or protect them,” Bishop McGrath said. “The only way that we can address the failed leadership of so many in the Catholic Church in the United States and around the world is for the Diocese of San Jose to do what we know is right and just.”

“We’ve done more than any California diocese. We’ve gone from nothing to full disclosure to full investigation in a matter of couple of weeks. I’d say that’s traction,” said Father McGuire, who worked in Silicon Valley before being ordained to the priesthood in 2000.

“I cooperate with God’s grace. Fundamentally, that’s what I want the church to do,” he added. “If the darkness has a hold on me, it doesn’t feel good. There’s a parallel to that with the church. Let us speak the truth.”