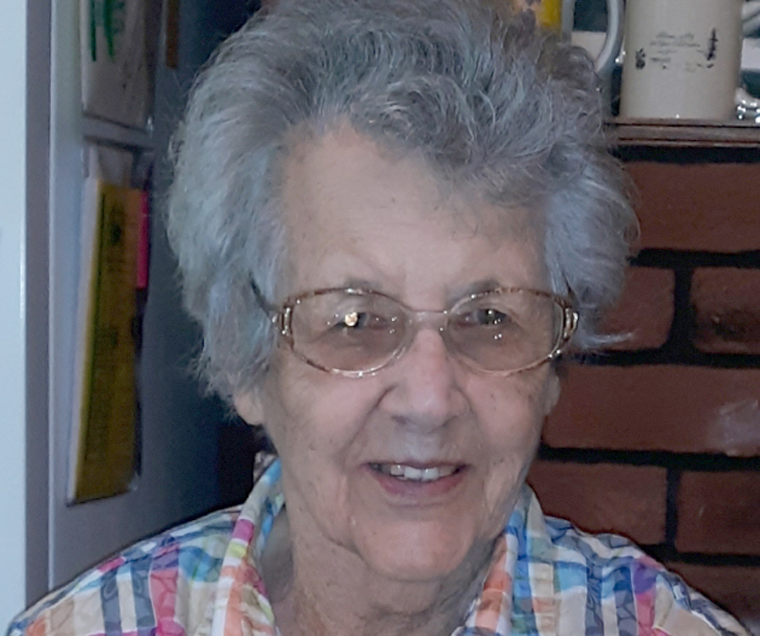 Betty Kathleen Lucia, 92, of Altona, went home to the Lord on Tuesday, March 9, after a time of declining health.

A graduate of St. Mary’s Academy, Class of 1948, she married Leward E. Lucia at St. Patrick’s Church in Rouses Point on October 31, 1959.  She retired in 1989 as the Recording Clerk for Clinton County. She was a devoted communicant of Holy Angels Church in Altona and worked for many years at parish events.  In December 2013, Pope Francis bestowed upon her the Pro Ecclesia et Pontifice cross for her service in the Catholic Church.

She is survived by her husband of 61 years, Leward; her children, David and Laurie Lucia, Bishop Douglas Lucia, Ann and Barry Chauvin, Paul and Krista Lucia; and her grandchildren, Adam Lucia, Nicholas Lucia, Ashley Wahl, and Brittany Lucia. Surviving, as well, are her siblings, Shirley Hyde, Howard Pepin, Joan St. John, Kenneth and Vicki Pepin; her sisters-in-law, Irene Young, Marie LaValley, and Ella Lucia; her sister-in-law and brother-in-law, Theresa and Richard Naro. She is survived also by her aunts, Theresa Fitzgerald, Bernice Trottier, Marion Burdo, and Vivian Fournier, along with nieces, nephews, and cousins.

Calling hours will be from 4 to 7 p.m. at the Brown Funeral Home in Plattsburgh on Thursday, March 11. A Funeral Mass will be celebrated at Holy Angels Church in Altona on Friday, March 12, at 11 a.m. with her son, the Most Rev. Douglas J. Lucia, Bishop of Syracuse, as principal celebrant, and the Most Rev. Terry R. LaValley, Bishop of Ogdensburg, as homilist. Due to COVID-19, masks are required for both the calling hours and the Funeral Mass. Spring burial will be in Holy Angels Cemetery in Altona.