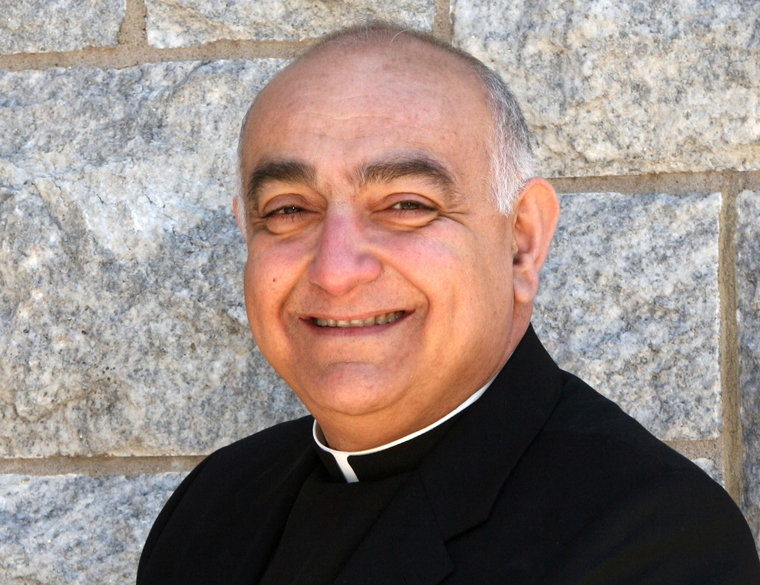 His obituary at Nicholas J. Bush Funeral Home states that he was born on Sept. 10, 1951, the oldest son of Louis and Helen Lewis Esper.

Father Esper attended Holy Apostles Seminary in Cromwell, Conn., and Christ the King Seminary in East Aurora, N.Y. He was ordained to the priesthood on June 8, 1985.

He was an associate at St. Catherine’s, Binghamton, and Our Lady of Lourdes, Utica. He was the pastor of St. Stephen’s, Oriskany; St. Paul’s and St. Anne’s, Whitesboro; St. Augustine’s and St. Mary’s, Baldwinsville; and St. Anthony/St. Patrick’s, Chadwicks. Upon retirement, Father Esper resided at St. John the Baptist Church, Rome, and spent time assisting his brother priests at parishes throughout the Diocese of Syracuse.

In 2020, Father Esper felt God calling him out of retirement to do more and he was appointed administrator of St. Mary’s, Clinton; he also celebrated weekend Mass at St. Anthony/St. Patrick’s, Chadwicks.

At each parish, Father Esper made lifelong friends that he considered family. He was proud of his Lebanese heritage and enjoyed eating all of the Middle Eastern delights. He appreciated all those who sent well wishes, cards, flowers, his favorite goodies, and other presents in the last few months; he was overwhelmed by the love demonstrated.

In 2010, the Sun printed comments from Father Esper for his 25th jubilee:

What he loved most about his priesthood, he said, was “empowering people, watching people grow spiritually and making them grow in the one life with our Lord.”

Father Esper said the closing and merging of parishes were among some of his biggest challenges as a priest. “I’ve closed two parishes, and that was the most difficult,” he said.

But he saw how parish life had become more reliant on parishioners. “From my standpoint it’s become less hierarchical and more of a shared experience with the people,” he said.

Father Esper said he loved his time as a priest: “I couldn’t imagine doing anything else with my life other than what I’m doing.”

Father Esper leaves a niece, Erica, of Albany; as well as cousins Tony (Josie) Esper, Carmen Esper, Joan Freeman, and Ann Lewis. Father Esper was predeceased by his parents and his younger brothers, Louis, in 2016, and Jeffrey, in 2020. Father Esper and his brothers lost their mother at an early age. He also leaves behind his beloved dog, Riley.

The vigil for a deceased priest was to be held Feb. 18 at St. John the Baptist Church, 210 E. Dominick St., Rome; the Mass of Christian Burial will be celebrated by Bishop Douglas J. Lucia at 12 p.m. Feb. 19. Spring burial will be in Kirkland Cemetery, Kirkland. The Mass will be livestreamed at www.facebook.com/groups/stjohnbaptist13440.

A reflection on Father Esper’s life and ministry will appear in the next issue of the Sun.