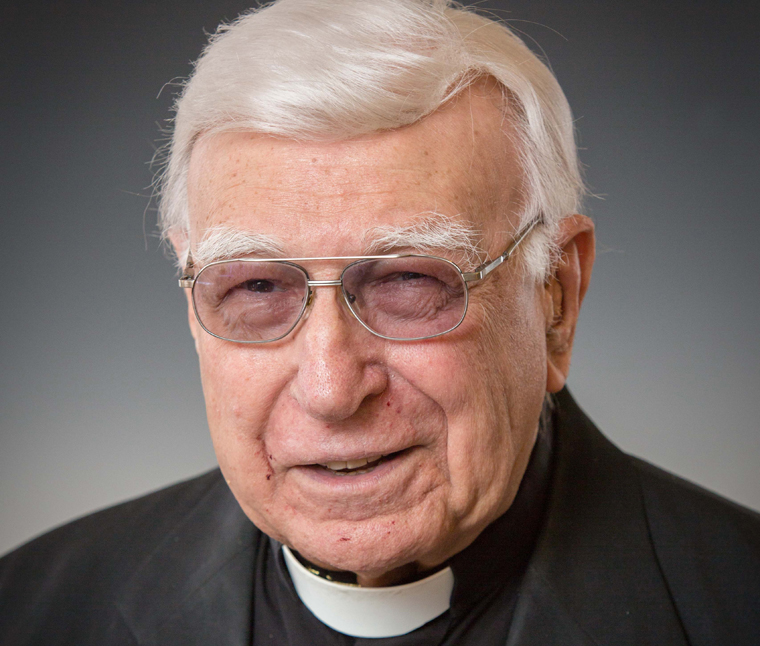 Father Angelo L. Morbito, who marked 65 years of priesthood this year, died Dec. 4 at the age of 94.

A native of St. Joseph’s Church in Oswego, Father Morbito, born on Feb. 23, 1927, was a graduate of Oswego High School and Cornell University, where he earned a degree in mechanical engineering.

Father Morbito studied for the priesthood at St. Bonaventure University in Allegany and Christ the King Seminary in East Aurora. He was ordained May 19, 1956.

Father Morbito’s years of priestly ministry included service as associate pastor of St. Cecilia’s in Solvay, St. Mary of the Assumption in Binghamton and Immaculate Conception in Fulton; and as pastor of St. Peter’s in Oswego and St. Cecilia’s. Father Morbito also served as a member of the faculty at Oswego Catholic High School, a member of the Diocesan Building Commission, as chaplain to the Catholic Daughters of the Americas and moderator of the Binghamton Chapter of Catholic Nurses. He retired in 2000.