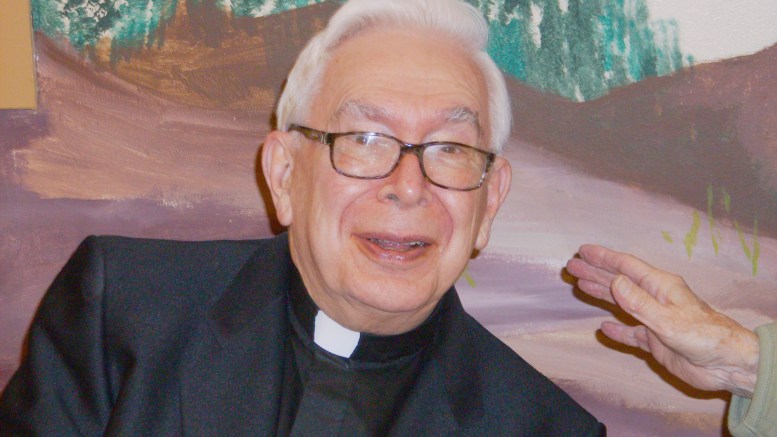 Father Robert S. Jones, a priest of the diocese for nearly six decades, passed away Sunday, July 22. He was 83 years old.

Since 1992, Father Jones served at Unity Acres, a house of hospitality in Orwell for men who are homeless.

“I think the best part of my priesthood would be the giving of comfort and encouragement to people,” Father Jones told the Sun on the occasion of his 50th jubilee in 2010.