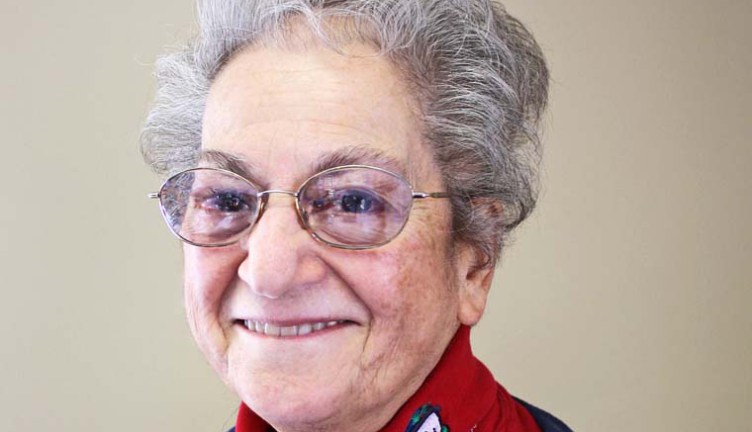 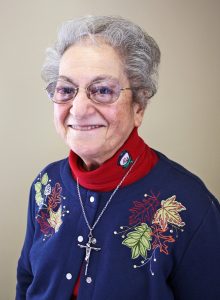 Sister Christine Michael LaFrance, CSJ, 83, died Wednesday, August 15, 2018, at St. Joseph’s Provincial House, Latham. She had been a Sister of St. Joseph of Carondelet for the past 62 years.

Sister Christine, the former Rose Marie LaFrance, was born on November 25, 1934, in Endicott, N.Y., daughter of the late Angelo and Christine Licatesi LaFrance. After graduating from Union-Endicott High School, Sister Christine attended St. Mary’s Hospital School of Nursing in Amsterdam. On August 15, 1956, she entered the novitiate of the Sisters of St. Joseph from St. Anthony’s Parish in Endicott, and professed final vows on August 6, 1963.

Sister Christine was a kind, unassuming woman, always ready to help and generous in sharing her time and talents. Community was central to Sister Christine’s life, and she enjoyed times together with her family, friends, colleagues at St. Mary’s Healthcare, and the Sisters of St. Joseph, especially the group of Sisters with whom she began religious life. A fan of mystery stories, Sister Christine was an avid reader and enjoyed reminiscing about her travels, especially her favorite trip to Italy, led by her dear friend, Father Paul Tartaglia. In her later years, she earned her certification in Healing Touch and was so delighted in the opportunity to enhance wellness in herself and others. Sister Christine had a heart filled with gratitude for God’s many blessings, and she leaves to us a legacy of the power of gentleness and simplicity.

Contributions in Sister Christine’s memory may be made to the Development Office of the Sisters of St. Joseph, 385 Watervliet-Shaker Road, Latham, N.Y. 12110.