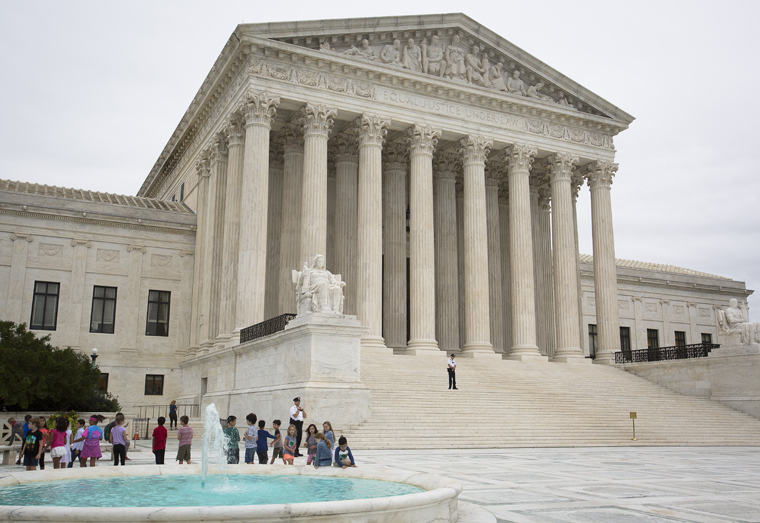 INDIANAPOLIS (CNS) — Indiana’s attorney general Oct. 15 petitioned the U.S. Supreme Court to review and reverse a ruling by a lower court declaring unconstitutional an Indiana law that makes it illegal for women in the state to have an abortion solely based on the race, gender or disability of a fetus.

Signed in March 2016 by then-Gov. Mike Pence, the Dignity for the Unborn law also requires clinics and/or other health care facilities in possession of aborted or miscarried fetuses to dispose of them either by cremation or interment.

The law was to have gone into effect July 1, 2016, but the day before, a federal judge granted a preliminary injunction on enforcement of the law. The ruling was upheld by the 7th U.S. Circuit Court of Appeals.

Planned Parenthood of Indiana and Kentucky, or PPINK, had filed the request for the injunction. “Nothing in the Constitution prohibits states from requiring health facilities to provide an element of basic human dignity in disposing of fetuses,” Indiana Attorney General Curtis Hill Jr. said in a statement. “These tiny bodies, after all, are in fact human remains.

“Further, states have every reason and right to prohibit abortions from being performed simply as a means of selecting the race, sex, or physical condition of a child,” he continued. “The right to abortion declared by our Supreme Court protects only the decision not to bear a child at all, not a right to decide which child to bear. Our nation knows only too well the bitter fruits of such discrimination.”

According to Hill, the 8th U.S. Circuit Court of Appeals has found “a virtually identical provision in Minnesota to pass constitutional muster.”

Before Hill petitioned the Supreme Court for its review of the injunction on the law, the 7th Circuit had initially approved a request by the attorney general for an “en banc” review of the matter, that is a hearing before all 11 of the court’s active judges, rather than a three-judge panel.

After that approval, however, one judge recused himself from the case, resulting in the court vacating its order for the “en banc” review, Hill’s office said.