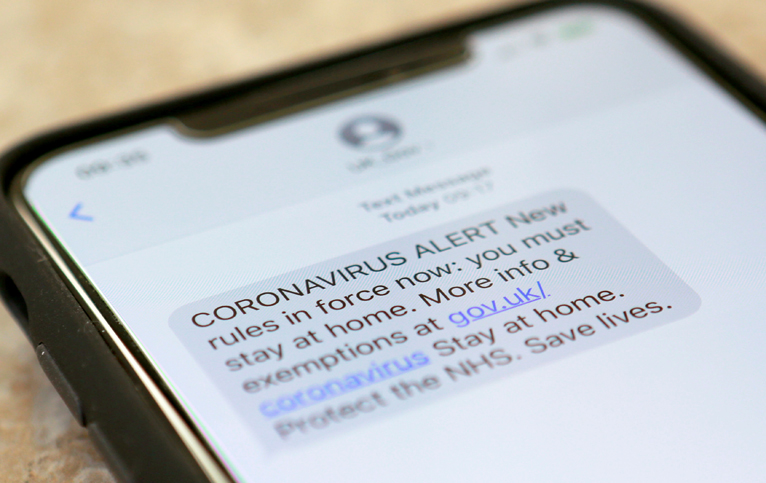 PORTLAND, Ore. (CNS) — Because of hospital coronavirus restrictions, a suburban Portland priest March 22 was not allowed to meet with a Catholic patient dying of COVID-19.

Msgr. John Cihak, pastor of Christ the King Parish in Milwaukie, did make telephone contact and because of a recent Vatican decree was able to offer the man forgiveness of sins.

“This may become a common occurrence given restrictions placed by hospitals,” said a March 23 memo to western Oregon priests from Msgr. Gerard O’Connor, director of the Office of Divine Worship of the Archdiocese of Portland.

Although the sacraments of reconciliation and anointing of the sick cannot be administered over the telephone, the Vatican tribunal’s March 19 indulgence offers another possibility.

“Where the individual faithful find themselves in the painful impossibility of receiving sacramental absolution, it should be remembered that perfect contrition, coming from the love of God, beloved above all things, expressed by a sincere request for forgiveness (that which the penitent is at present able to express) and accompanied by ‘votum confessionis,’ that is, by the firm resolution to have recourse, as soon as possible, to sacramental confession, obtains forgiveness of sins, even mortal ones,” said the decision from the Vatican’s Apostolic Penitentiary.

Msgr. O’Connor told priests to use the telephone to explain the provision and guide the patient through a brief examination of conscience and an act of contrition leading to an expression of penitence and a request for forgiveness.

“Depending on the time allowed for the telephone call and the condition of the patient, the priest could lead various other prayers, which might include the litany of the saints, the Penitential Psalms and the Commendation of the Dying from the Pastoral Care of the Sick,” Msgr. O’Connor wrote.

On the evening of March 22, Msgr. Cihak received a call from Kaiser Sunnyside Medical Center in Milwaukie, a suburb south of Portland. The family wanted last rites for the man, but hospital regulations barred the priest from entering the unit.

The patient, on a respirator, was not able to respond, but had the phone put to his ear. Msgr. Cihak helped him through the process of an act of contrition and a prayer for forgiveness. “God has tied his grace to the sacraments but he himself is not bound by them,” Msgr. Cihak said, explaining that God offers mercy to those who, through no fault of their own, cannot get to the sacraments.

“It felt a little strange,” said Msgr. Cihak, who served as a master of ceremonies for Pope Benedict XVI and Pope Francis before returning to Oregon. “You can’t help but feel a little like you are letting the person down.”

Msgr. Cihak said he is able to visit other patients in the hospital, but not those in isolation because of COVID-19.