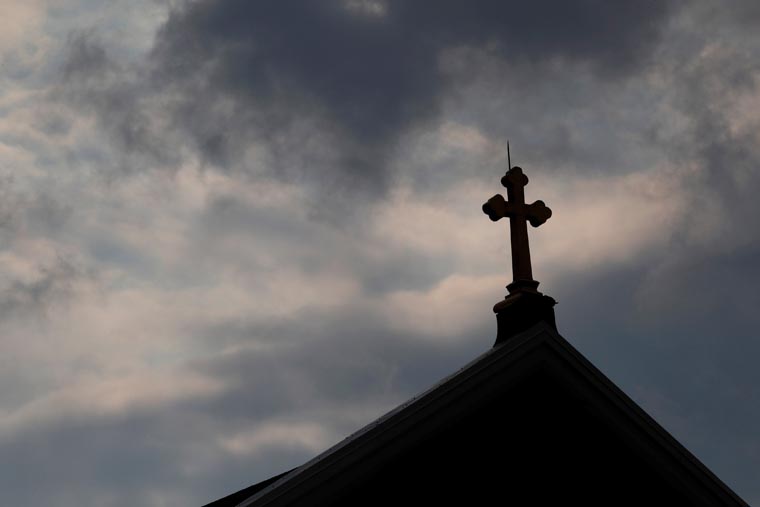 PHILADELPHIA (CNS) — The Archdiocese of Philadelphia has received a subpoena as part of a federal grand jury investigating allegations of child sexual abuse and a cover-up of such claims, church officials confirmed Oct. 18.

The subpoena “requires the production of certain documents,” said Ken Gavin, archdiocesan spokesperson, and the archdiocese “will cooperate with the United States Department of Justice in this matter.”

The same day, the Diocese of Harrisburg released a statement saying it “will cooperate fully with this inquiry, just as it has with the Office of Attorney General’s investigation,” which resulted in the release last summer of a statewide grand jury report on allegations of sex abuse by priests and other church workers.

“The diocese has worked to be open and transparent regarding the issue of child sexual abuse and its past,” it said.

News reports by the Associated Press say the U.S. Attorney’s Office for the Eastern District, based in Philadelphia and led by William M. McSwain, had recently begun serving subpoenas in the new statewide probe.

The Catholic Church in Pennsylvania consists of eight dioceses: the Archdiocese of Philadelphia and the dioceses of Allentown, Altoona-Johnstown, Erie, Greensburg, Harrisburg, Pittsburgh and Scranton.

In its statement acknowledging it had received a subpoena, the Allentown Diocese said it “sees itself as a partner with law enforcement in its goal to eliminate the abuse of minors wherever it may occur in society.”

The federal investigation follows the release Aug. 14 of a statewide grand jury report on clerical sexual abuse in the church and decisions by bishops to conceal, transfer or shield alleged abusers. The 18-month investigation under Pennsylvania Attorney General Josh Shapiro uncovered sexual abuse claims on a vast scale, detailing some 1,000 cases of alleged abuse by 300 priests and other church workers dating back 70 years. Most of the cases took place from the 1960s through the 1980s.

The Archdiocese of Philadelphia was not part of that investigation. It had previously been investigated by a grand jury in 2005, which revealed alleged abuse by more than 60 priests over several decades, and again in 2011. The latter led to the conviction of Msgr. William Lynn, former archdiocesan vicar for clergy. He served most of his sentence before the conviction was overturned in 2016 by the state Supreme Court.

Each grand jury report led to additional reforms in church policies for handling alleged abusers — including posting the names of credibly accused clergy on the archdiocese’s website — and to an improved response to victims of abuse.

In 2002, the archdiocese, along with most Catholic dioceses in the United States, implemented safe environment policies that mandated training of church workers and volunteers to protect children and youth, and educated children and adults appropriately to raise awareness of abuse and to make reports of suspected abuse immediately to law enforcement authorities.

Also not included in last summer’s grand jury report was the Altoona-Johnstown Diocese, which was probed for clerical sexual abuse in 2016. As a result of that investigation, it too posted the names of credibly accused priests on its website. The practice was implemented in the other six dioceses only after the release in August of the statewide grand jury’s report.

The 23 jurors of that investigation culled a half-million documents and interviewed numerous people, including church workers and prelates, in producing their 884-page report. That led to only two indictments and one conviction of a priest.

Almost all the cases in the eight dioceses are time-barred from prosecution and civil action under Pennsylvania’s statutes of limitation.

Legislation to open a “window” on the statutes, which would allow retroactive civil lawsuits to be brought for up to two years, passed overwhelmingly in the state House of Representatives earlier this year.

But the state Senate did not bring up the bill — S.B. 261 — for a vote Oct. 17, the last day of the chamber’s session. The bill effectively is dead at this time as the Pennsylvania legislative session has ended.

The bill’s opponents, including church leaders and some senators, have claimed that a window allowing lawsuits looking decades into the past against perpetrators who may be dead by now is unjust, possibly unconstitutional and would lead to the bankruptcy of Catholic dioceses.

Catholic bishops in the state pledged Sept. 21 to establish an independent fund to compensate victims of clerical sexual abuse, a plan supported at the time by state Sen. Joe Scarnati, who opposed S.B. 261’s provision for retroactive lawsuits.

On Oct. 18, CBS News reported that it “had learned” that the U.S. attorney in Buffalo, New York, also has served the Catholic diocese there a subpoena and that reportedly the focus involves alleged trafficking of minors across state lines “for the purpose of sex abuse.”

But the Buffalo Diocese said in a statement released that evening that it had received a subpoena “months ago” and there have been no new developments to date.

“Several months ago, we received a call from the local U.S. attorney’s office with a request to review documents. A subpoena was provided and after some discussion an agreement was reached to produce documents,” the diocese said. “We have heard nothing since early June.”

It added: “As far as we know, our response has nothing to do with the current Pennsylvania investigation that has just begun.”