Laity must have role in fighting clericalism, Vatican official says 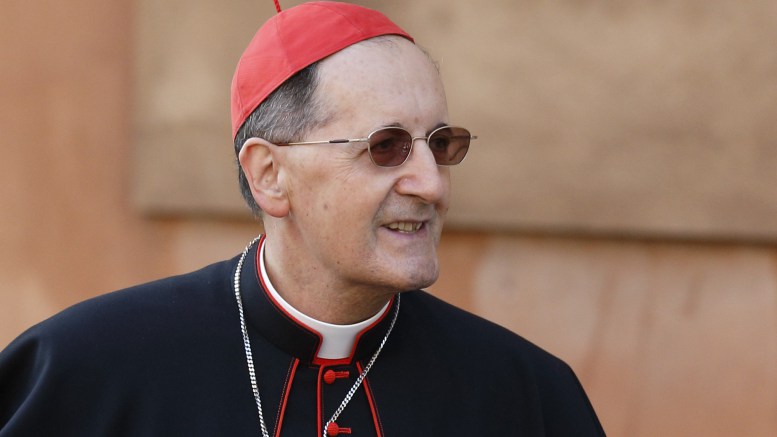 Cardinal Beniamino Stella, prefect of the Congregation for Clergy, leaves the opening session of the extraordinary Synod of Bishops on the family at the Vatican Oct. 6, 2014. Cardinal Stella said the current abuse crisis facing the church would not have been so grave if laity were more involved in the formation of priests. -CNS photo Paul Haring

VATICAN CITY (CNS) — Clericalism has led to a distorted view of authority that has contributed to the problems of sexual abuse and the abuse of power and conscience affecting the Catholic Church, said the head of the Vatican’s clergy office.

Cardinal Beniamino Stella, prefect of the Congregation for Clergy, said the crisis facing the church would not have been so grave if laity were more involved in the formation of current and future priests.

“Even the work of the dicastery attests that many situations in the lives of priests — generated by loneliness, tiredness and misunderstandings — would not have degenerated or would have been addressed in time if there had been listening, accompaniment and sharing by bishops and the entire Christian community,” Cardinal Stella said Sept. 3 in Fatima, Portugal. The cardinal’s office gave the text to Catholic News Service Sept. 5.

Dedicating his talk to priestly ministry according to Pope Francis’ teachings, the cardinal said priests must be “permanent disciples of the Lord” who always are on guard against the temptation of “feeling accomplished.”

“To be and feel like a disciple means avoiding the risk of habit, of being lukewarm, of routine and the ‘corporate executive syndrome,’ thus avoiding falling into what Pope Francis has defined as ‘spiritual Alzheimer’s,'” the cardinal said.

In the wake of recent events, including the Pennsylvania Grand Jury report and the pope’s Aug. 20 letter on the abuse crisis, Cardinal Stella said addressing the problem of abuse does not depend “solely on the hierarchy and priests.”

“On the contrary, precisely clericalism, and often the reduction of the church to an elite class, has generated an anomalous way of understanding authority that has devalued baptismal grace and, not infrequently, has contributed to forms of abuse, especially on a person’s conscience,” Cardinal Stella said.Laypeople, he added, can contribute to “the essential human formation of the priest and the necessary spiritual solidarity of his life.”

Citing Pope Francis’ letter, the cardinal said that the only way to root out the evil of sexual abuse and the abuse of conscience and power is “to experience it as a task regarding all of us as the people of God.”

“Together, priests and laity, as the one people of God — each one according to the specificity of their vocation — we are invited to walk and work in the service of the Kingdom of God, supporting one another and sharing with tender love the joys, difficulties and sufferings,” Cardinal Stella said.