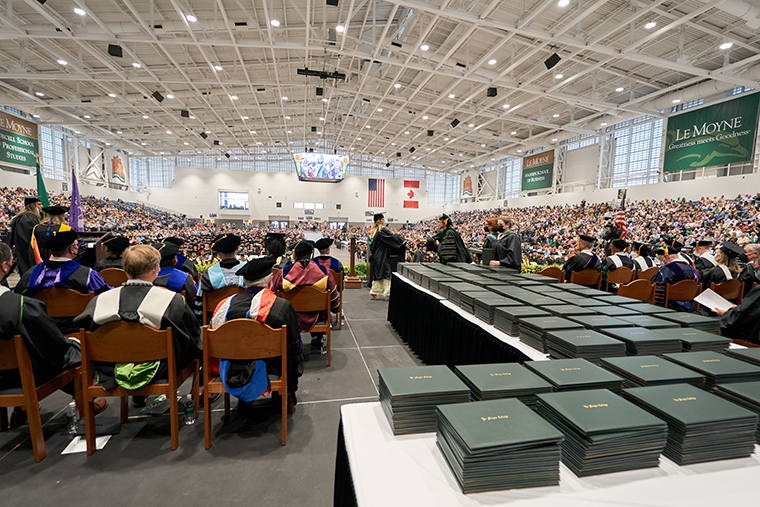 Nearly 1,000 undergraduate and graduate students celebrated their degrees and achievements at ceremonies that took place over the weekend of May 20-22, Le Moyne’s 72nd commencement observance.

Rep. Katko told the students, “You will not always see eye to eye with your co-worker, classmate, family member or friend. But remember one simple thing: You are not always right and opposing views often have merit.” He encouraged them to pursue progress where “it is your responsibility to find common ground and to take those courageous stands when the situation warrants it.”

Capehart offered similar advice, saying, “When it comes to policy — any policy — Rep. Katko and I will not agree on much of anything. And that’s fine. That’s what makes our democracy great.” He added that “our past ability to debate, move forward — however haltingly — has made our nation the envy of the world.”