Learn from the past before looking to future, pope tells young people 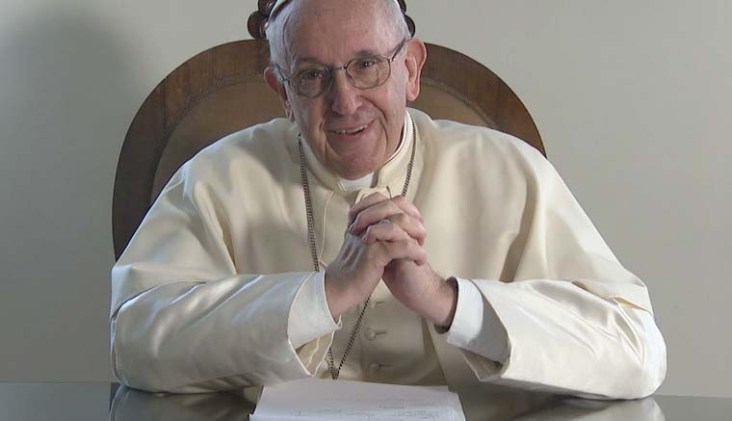 A screenshot shows Pope Francis smiling during a video message from the Vatican to young people of the Caribbean attending the July 10-23 youth assembly sponsored by the Antilles bishops’ conference. – CNS photo | Vatican Media

VATICAN CITY (CNS) — The future cannot be understood without reflecting on the past and on the history and traditions passed on to young people from parents and grandparents, Pope Francis said.

“It’s from your roots that you will get the strength to continue. None of us — neither you nor me — were manufactured in a laboratory; we have a history, we have roots. And everything we do, the results we achieve, the beauty we create in the future, all comes from those roots,” the pope said in a video message released by the Vatican July 15.

The pope’s message was sent to young people of the Caribbean attending the July 10-23 youth assembly sponsored by the Antilles bishops’ conference. The conference’s theme was focused on transforming the family in the Caribbean in accordance with “Amoris Laetitia” (“The Joy of Love”), the pope’s apostolic exhortation on marriage and family.

In his message, the pope warned young people of the danger of becoming “aging youths” who are “settled” and do not have the strength to move forward and build a better future.

Explaining that his exhortation’s fourth chapter is “the heart” of the document’s teaching on the family, the pope urged them to study and examine it as a way “of moving the family forward and to transform the family of the Caribbean.”

“Study it. Look at it and you will have the guidelines to move forward,” the pope said.

Love is never-ending and is an important aspect of family life with “a strength all its own,” Pope Francis said.

“St. Paul says: ‘Faith and hope will end when we are united with the Lord, but love will continue with Him,'” the pope told the young people. “You are transforming something that is for all eternity; that strength (of love) that will remain forever.”