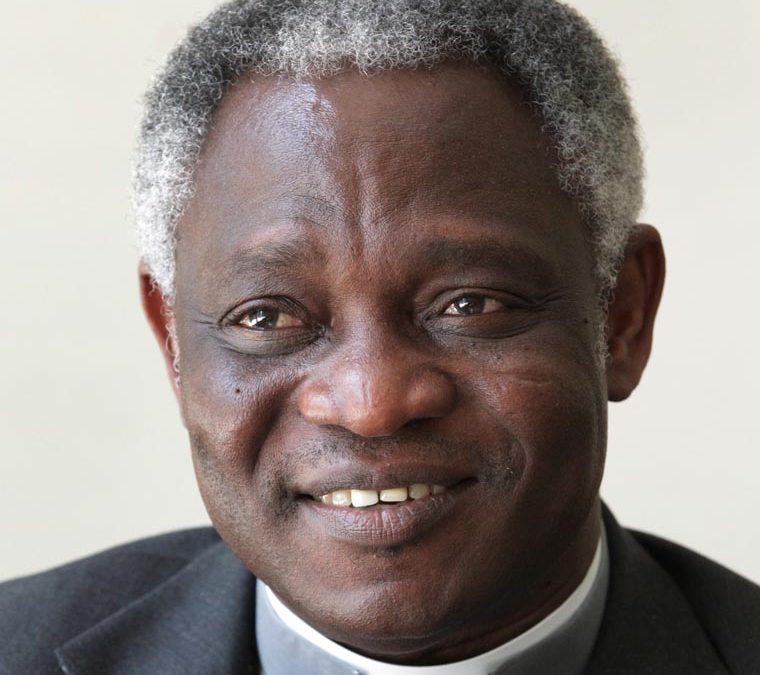 LOUISVILLE, Ky. (CNS) — Christmas should be regarded as a celebration of the redemption of God’s people, a Vatican official told a Catholic audience Dec. 9 in Louisville.

During his homily, Cardinal Turkson said the Christmas season has become overwhelmed by “other concerns.” Christmas trees and decorations are up, he said, long “before we even had a chance to think about why we celebrate.” For the faithful, he noted, this should not be the case.

The days leading up to Christmas should be a time of reflection about what “God is preparing for us,” he said.

The feast of the Immaculate Conception Dec. 8 happens at the beginning of Advent for a reason, he said.

The Immaculate Conception celebrates that Mary was conceived and born without original sin and how God saved her from sin in anticipation of her conceiving the son of God.

“The womb where the son of God was to take flesh had to be without blemish. Jesus then descends into that womb and becomes one of us,” said Cardinal Turkson.

The significance of this becomes clear when we celebrate the feast of the birth of Christ — the incarnation of Christ “assuming our human nature to share with us and to share from what we have,” said Cardinal Turkson.

The feast of the Immaculate Conception is the beginning of the “great action” that leads to the salvation of mankind, he explained.

“That’s what happened when Jesus descended into the womb of Mary and took unto himself the dust we are” and to which we were destined to return, said the cardinal.

Through the resurrection of Jesus, “the narrative of our human existence is no longer ‘dust you are and unto dust you will return,’” he added.

The story continues, changes and becomes this — that “through the resurrection of Jesus we will all be raised,” he said.

“So, let the tree stand and let the (Christmas) lights begin to flicker, but let us not forget what God is doing for us in these four weeks of preparation toward the feast of Jesus coming to take our human nature,” added Cardinal Turkson.