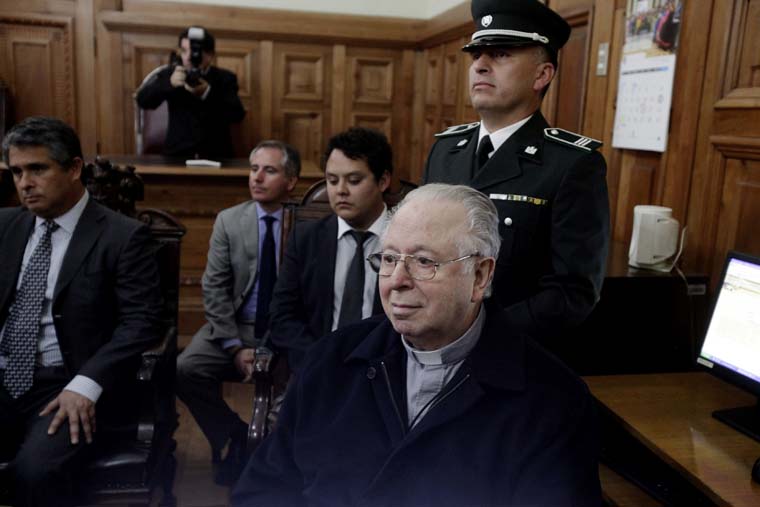 VATICAN CITY (CNS) — Less than a week after the Vatican announced Pope Francis was sending a trusted investigator to Chile to listen to people with information about a bishop accused of covering up clerical sexual abuse, the Associated Press reported the pope was given a detailed letter from a survivor almost three years ago.

The Vatican had said Jan. 30 that Pope Francis’ decision to send Archbishop Charles Scicluna of Malta to investigate was prompted by “recently received information” in the case of Bishop Juan Barros, who was named bishop of Osorno, Chile, in 2015.

Juan Carlos Cruz, a victim of Bishop Barros’ mentor, Father Fernando Karadima, gave the AP a copy of an eight-page letter he wrote in 2015 to Pope Francis, graphically describing the abuse he suffered and saying that then-Father Barros was in the room watching when some of the incidents occurred.

AP released its story Feb. 5. As of Feb. 6, the Vatican had not commented.

The letter appeared to contradict what Pope Francis had told reporters who accompanied him to Chile and Peru. During the trip, the pope had said that the people accusing Bishop Barros were guilty of slander and calumny because they had presented no “evidence” of the bishop’s guilt.

“No one has come forward, they haven’t provided any evidence for a judgment,” Pope Francis said. “You, in all good will, tell me that there are victims, but I haven’t seen any, because they haven’t come forward.”

“If anyone can give me evidence, I’ll be the first to listen,” the pope told reporters Jan. 21 on the flight back to Rome.

But Cruz and two former members of the Pontifical Commission for the Protection of Minors said they were assured by Cardinal Sean P. O’Malley of Boston, commission president, that he had personally given the eight-page letter to Pope Francis in 2015.

“Four members of the PCPM traveled in April 2015 to Rome to meet Cardinal O’Malley. We passed a letter to him for the Holy Father from survivors of Karadima. He assured us he would give the letter to the pope and discuss the Barros appointment. The pope was not left in the dark,” Marie Collins, one of the former commission members, wrote on Twitter Feb. 1.

“This is why I was shocked when I heard the pope had said on the plane the Karadima victims had not come to him and he would listen if they did. I knew they had contacted him directly with this letter three years ago!” she tweeted Feb. 5 after AP published details about the letter Cruz had written.

The Associated Press reported that Cardinal O’Malley’s spokesman in Boston referred requests for comment to the Vatican. Neither the Vatican press office, nor officials at the Pontifical Commission for the Protection of Minors, responded to calls and emails seeking comment.