In light of faith: Take action against gun violence 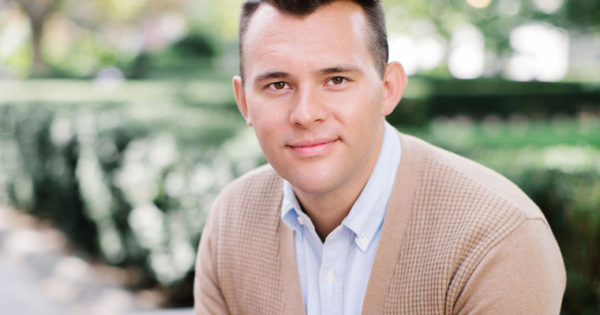 I was in sixth grade when two gunmen entered Columbine High School and mowed down 12 of their fellow students and a teacher before taking their own lives. By the time another madman decided to shoot up his own campus of Virginia Tech, killing 32 students and faculty members, I was halfway through college.

What had become immediately clear was the lesson that classrooms had the potential to become battlefields — a reality that the generation following mine knows in even more painful and immediate ways.

Since then, that battlefield has extended to concert venues, airports, movie theaters and churches. By one count, there have been 739 victims of mass shootings in the United States since 1987, the year I was born.

This year alone, over 13,000 people have died as a result of gun violence in this country. And according to the Centers for Disease Control and Prevention, an average of 93 Americans is killed by guns each day based on data from the past five years.

It’s for this reason that the U.S. bishops have recently called for a national debate on this country’s gun policies. Following the latest shooting in Sutherland Springs, Texas, where a 26-year-old gunman killed 26 individuals in a Texas church, Cardinal Daniel N. DiNardo of Galveston-Houston, the president of the U.S. Conference of Catholic Bishops, urged the nation to reckon with the “fundamental problem in our society,” that leads to such violence.

As both the nation and the U.S. church attempts to address this crisis, Pope Francis is also encouraging that conversation — and also action.“A culture of life cannot tolerate, and must prevent, senseless gun violence in all its forms,” he added.

In one of the questions addressed to America in the preparatory document for the upcoming synod on young people, the Holy Father asks, “How does your community care for young people who experience extreme violence … and accompany them in various ways in their life?”

Violence takes a range of forms, through gangs, drug addiction, sexual abuse and otherwise, but in the backdrop of recent national events, gun violence should rank high in that listing, too.

“Being close to young people who are living amid great poverty and hardship, violence, war, disease, disability and suffering is a special gift of the Spirit that can truly manifest a proper manner of acting by a church that is going out,” as Pope Francis says in that same document.

In preparation for the next synod, the U.S. church would do well to ponder what that “going out” might look like in the case of gun violence.

It should entail special initiatives like Cardinal Blase J. Cupich’s anti-gun violence program in Chicago, which involves parishes getting involved in the fight to get guns off the street and greater attention to prison ministry. Or talking openly about the wounds and the healing experienced from tragedy like Jennifer Hubbard, who contributes reflections to “Magnificat” about losing her daughter at Sandy Hook Elementary School.

The church should also consider the ways in which it can harness the energy of the thousands of young people who are motivated by recent tragedies who have grown up with such violence but refuse to accept this as simply “normal.” Perhaps they could find practical ways to work together with legislators to reinstate the assault weapons ban, which the bishops have long supported.

There’s a lot of goodwill and much momentum coming from young people working to build a culture of life, as is evidenced by the remarkable crowds that gather in Washington every January for the March for Life.

This moral energy isn’t finite. Perhaps the lesson in all of this, looking both ahead to this synod, but also, beyond, is that it’s time we maximize its potential.