Make way for the Gospel: Vatican ensures media give the message 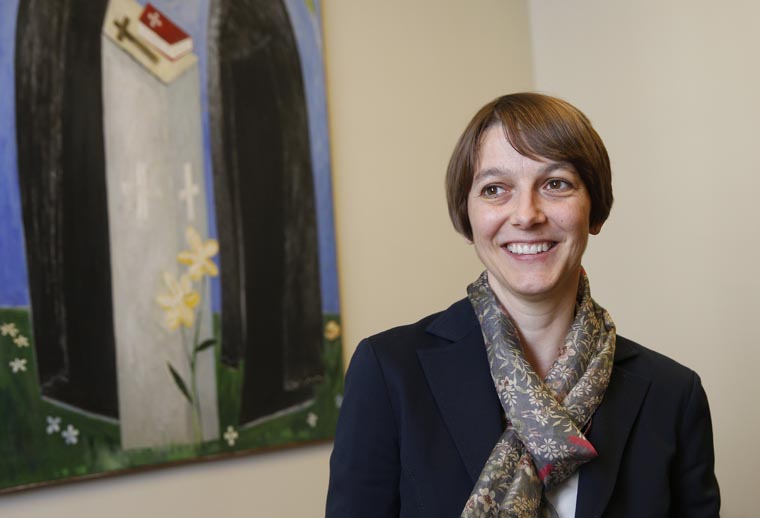 VATICAN CITY (CNS) — As the Vatican Secretariat for Communication works to unify Vatican media efforts, a key pastoral concern is to keep open all the channels that allow Pope Francis to speak to the world.

“With a pope who is so naturally communicative, if we don’t put obstacles in his way, we already are doing our job,” said Natasa Govekar, director of the secretariat’s theological-pastoral department.

While every large organization and government has a communications apparatus, the Vatican may be unique in having a department like Govekar’s. Her office focuses on the theological and pastoral implications of communications in general, as well as in the faith content of what the Vatican communicates.

The number of page views, clicks, followers and “likes” on Vatican websites and social media accounts is, of course, tracked by the Secretariat for Communication, but those statistics are not the key factor in determining success, she said. The secretariat fulfills its mission when the Gospel message shines through the social media posts, photographs, videos and news stories.

“The church has never had a problem with its content; the challenge is how to communicate the content in the best way for it to be heard and welcomed,” Govekar said. For the Vatican, “the art of communicating today lies precisely in rediscovering the essence of who we are and what we have to communicate to the world and, then, how to do it.

Creativity is always part of the process. You can never just cut and paste from the past and, even less, from the world.”
The statistics from the main Vatican accounts — including the more than 33 million followers on the @Pontifex Twitter accounts and about 3.7 million followers on the “Franciscus” Instagram account — are the object of pastoral attention, she said. “It tells us if there is someone out there listening or reading. It would be wrong if we didn’t ask ourselves why so few people read a certain article or were interested in a particular subject.”

Govekar’s thesis for her doctorate in missiology at Rome’s Pontifical Gregorian University looked at “The Transmission of Faith through Images,” so it is no surprise that she has a particular interest in the pope’s Instagram account, which celebrated its first anniversary March 19.

She monitors the account, which regularly garners more than 100,000 likes a day and consistently prompts 800-1,000 comments. She collects the comments and prayers from the account to share with Pope Francis.

The most common comment is simply, “Amen,” she said. “But sometimes there are comments that are very profound and requests for prayers that are very moving; people turn to the pope even though they write, ‘I know that you won’t read this post, but I still feel the need to ask you …’ Clearly, many have an illness. But many also say something like, ‘I have done so many bad things in my life that I know I am not worthy to pray, so I beg you to pray for me.’”

“People turn to the pope in a personal way and find in him a reference point and a welcome even though they have never met him,” she said.

Her thesis on transmitting the faith through images is confirmed regularly by people’s reactions to Pope Francis.
“Pope Francis — and this is confirmed from the feedback I read, and not just in the comments on social media, but from speaking to people, who say, ‘I don’t go to church, but I love this pope’ — is able to reach people, even those far from the church, because he is simply transparent,” Govekar said.

“It seems his heart is readable on his face. The whole world is able to see his spiritual life from his expression. Every little thing — his gestures, his smile — speaks,” she said. “For me, this is a great lesson on where we should focus our work: on the heart, on the profundity of Christian spirituality and the spiritual lives of Christians so that it is revealed in everything we do.”