Marching for Life with the Diocese of Syracuse: Day Two 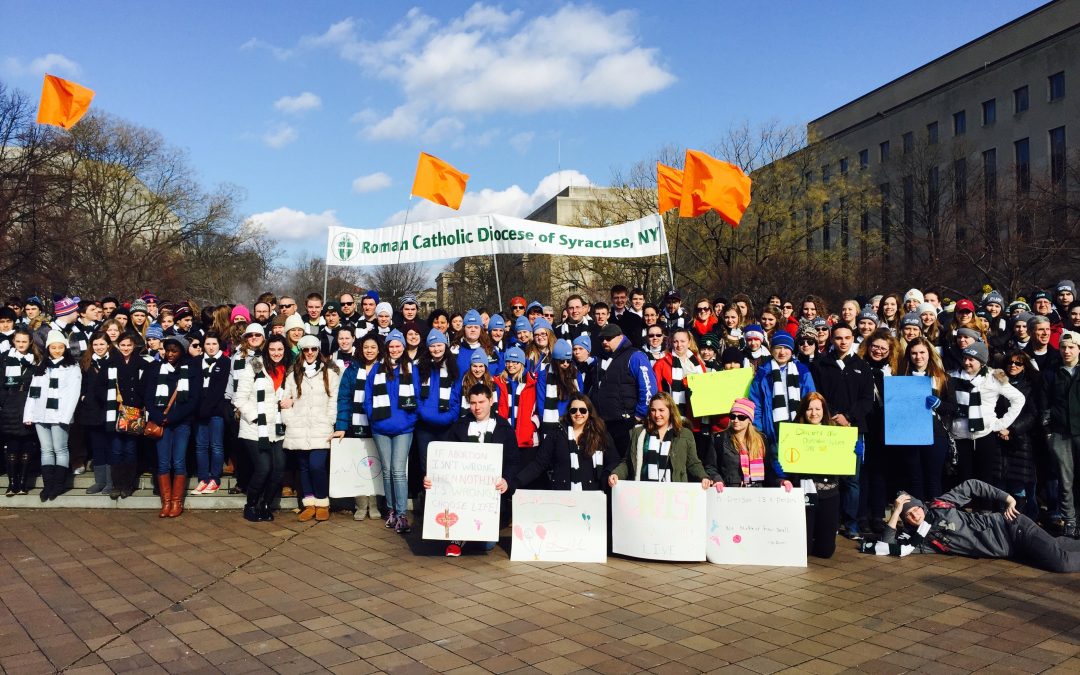 More than 200 students and chaperones from the diocese are in Washington, D.C., with the Office of Youth and Young Adult Ministry to participate in a three-day pilgrimage for the March for Life.

One of those participants, Samantha Pare, is sharing dispatches from the trip with Sun readers each day. Samantha is a parishioner of Immaculate Heart of Mary Church in Liverpool and a sophomore at Onondaga Community College majoring in business administration. This is her seventh March for Life trip.

You can also follow along with participants on social media — look for the hashtag #syrmarchforlife.

With a previously successful day of traveling and a good night’s rest, the Diocese of Syracuse left the hotel at 7:30 a.m. to attend Mass at the Basilica of the National Shrine of the Immaculate Conception in Washington, D.C. Mass was said in the crypt of the Basilica by Bishop Cunningham along with several other priests from various parishes throughout the Diocese of Syracuse.

After Mass, our busses dropped us off in the city and we walked several blocks to reach the spot where we would wait for the March to begin. Everyone from the diocese was excited.
The March started a little after 1 p.m. Once the giant “March for Life” banner passed, we all filed in behind. When we reached Capitol Hill, people were turning around and taking pictures of the masses. You couldn’t tell where the sea of people ended and where it began. It was awesome to see!

At the end of the March, we boarded the Metro to Pentagon City Mall. There we ate dinner and strolled around until 5:30 in the afternoon. From the mall, we were picked up by the busses and tour guides to begin our evening tours of the many monuments throughout D.C. The tours ended around 9:30 p.m. and we all headed back to the hotel for pizza and some much-needed rest and relaxation.

All in all, the entire day was absolutely amazing! The sun was shining, it was relatively warm, and everything went as smoothly as it could have. God is very good.
{gallery}march2015/day2{/gallery}