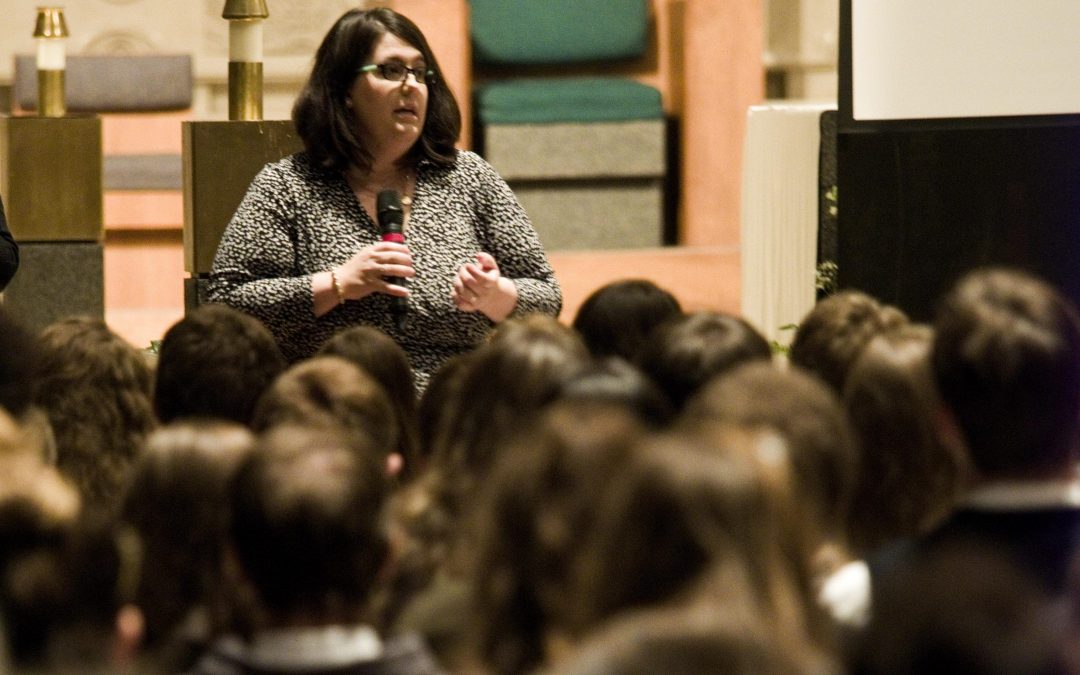 SYRACUSE — Students from across the diocese marked Respect Life Month with a special Mass and guest speaker Oct. 27.

But society is not without hope, Father Kirkman said. “We know we are the Church, the Body of Christ, but in a real sense, society is a body too. And the amazing thing about the human body is that most of the infections and illnesses we suffer we defeat from inside our bodies. There are cells dedicated to finding that sickness, rooting it out, and destroying it. You, my brothers and sisters today, you are the cells that will make society whole again. You are the hope of the world…. You need to be the cure for the moral cancer that is the culture of death,” he told the students.

Prayer and marches and writing your congressman will be necessary, but “if we want to win this fight, it will not be enough simply to fight institutions or policies or laws or lawmakers. Instead, you and I, we have to fight the lie at the root of the culture of death. And the only weapon against a lie is the truth, the truth that we are all made in the image and likeness of God and precious in His sight,” he said.

Following Mass, the students heard from Kristan Hawkins, president of the national pro-life organization Students for Life of America. Hawkins urged the students to take action to end abortion and stressed the importance of young people’s voices.

“Men and women, we’ve been called here today to reflect, to think about the sanctity of human life, to think about the culture of death that pervades your societies everywhere you turn. But really what matters is what you do tomorrow, is what you do when you get back to your schools, when you get back to your families. Will you do something that illuminates hope and truth and ignites your peers, our generation, to end the greatest human rights abuse our world has ever known?” she said.

Hawkins called on the students to do three things: First, “be the person who illuminates the truth,” she said. She urged them to join the Students for Life group on their campuses, join the pro-life movement, and keep talking about abortion. “We have to tell people what the truth is, and we can do it in a loving and compassionate way, but we have to be able to talk about it. Because you don’t love someone if you don’t tell them the truth,” she said.

Next, “persevere and illuminate hope,” Hawkins said. She spoke of her experience as a young woman volunteering at a pregnancy resource center and seeing a woman come back each month. “She was coming there because we loved her. She was coming there because we offered her something she couldn’t get anywhere else, and that was hope. We were seeking to build a real relationship with her. Men and women, that is what social justice is. It’s about repairing broken relationships, finding those people who you know are walking around wounded, that something is going on in their lives, and walking with them,” she said.

Finally, “be the person that leads other people to the light,” Hawkins said. “Be like a candle who’s lighting another candle. Ignite this generation,” she said.

Dominick Melara, 17, a junior at Bishop Ludden, said he found Father Kirkman’s homily and the passion with which he spoke about being pro-life inspiring. “It was really good just having all the schools here together,” he added. “It felt like a community of people who were working towards a common good.”