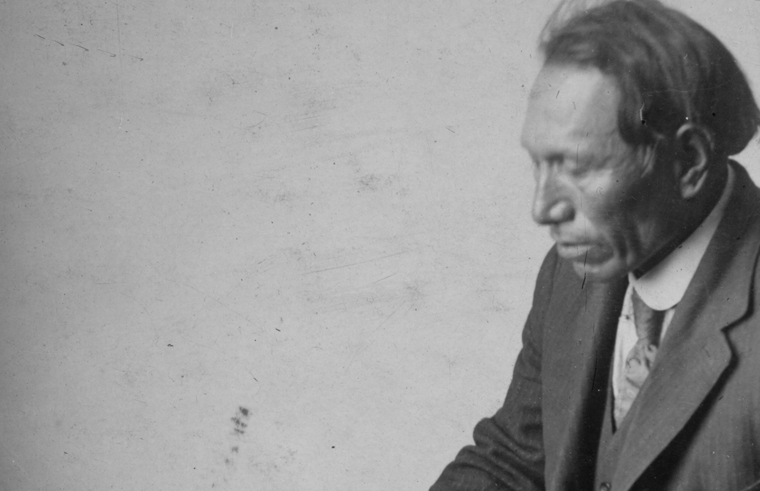 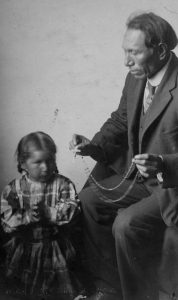 PINE RIDGE, S.D. (CNS) — During a Mass to formally open the sainthood cause for Chief Nicholas W. Black Elk, the Native American was described as someone who merged the Lakota and Catholic culture in a way “that drew him deeper into the mystery of Christ’s love and the church.”

Black Elk’s love for God and Scripture led him to become a catechist, fulfilling the mission of all disciples, said Bishop Robert D. Gruss of Rapid City in his homily at the Oct. 21 Mass at Holy Rosary Church in Pine Ridge.

The bishop said that for 50 years Black Elk led others to Christ often melding his Lakota culture into his Christian life. “This enculturation can always reveal something of the true nature and holiness of God,” he said, adding that Black Elk always “challenged people to renew themselves, to seek this life that Christ offers them.”

Bishop Gruss said Black Elk’s life as a dedicated catechist, spiritual leader and guide “inspired many to live for Christ by his own story.” With the formal opening of his cause, Black Elk now has the title “servant of God.”

The bishop said the process for the sainthood cause for Black Elk is a long one. First, he must show a reputation for holiness that spread to others.

The first phase involves gathering testimony about his life and his virtues. Bishop Gruss said Black Elk’s public and private writings are currently being collected and examined. This documentary phase can take many years.

“Where the process ends is now up to the Holy Spirit and Congregation for the Causes of Saints. Our task now is to continue to gather more information, testimony about his life, and to pray that he is found worthy to have his cause moved forward,” he said.

In general, two miracles must be accepted by the church as having occurred through the intercession of the prospective saint; one must occur before beatification, and the other after beatification.
The bishop also encouraged the congregation to follow Black Elk’s example stressing that all Christians are called into the missionary field.

“Like Black Elk, if we are docile to the Lord’s will, devoting our lives to him, we will be out working for his kingdom of mercy, love and peace,” he said.

The bishop also stressed that today’s Catholics should not live “isolated religious lives” but instead should recognize they are called to be “God’s servants and instruments of Christ’s love in building and advancing his kingdom. Each of us has to decide how we can participate,” he added.

Last February, Bishop Gruss appointed Bill White, as the diocesan postulator of Black Elk’s sainthood cause. White is an enrolled member of the Oglala Sioux Tribe on the Pine Ridge Reservation. Deacon Ben Black Bear from St. Francis Mission is translating some of Black Elk’s writings from Lakota to English.

“He showed his people that you did not have to choose between the two, you could be both. He did not abandon his native ways when he became a Christian. To him it was together — praying to the one God.”