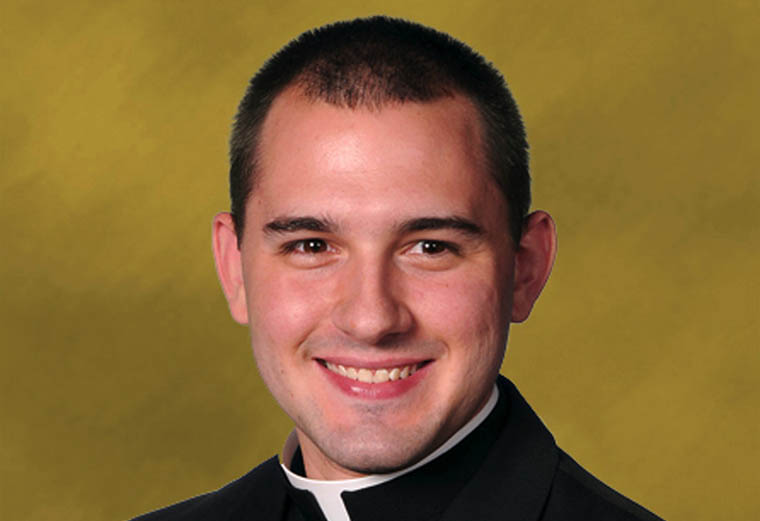 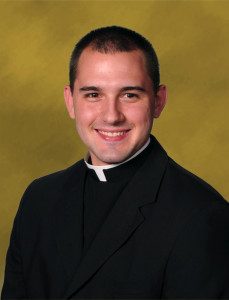 Matthew Rawson will become the diocese’s newest transitional deacon when he is ordained May 20 at St. James Church in Syracuse, his home parish. This ordination is the next step on his journey to become a priest.

Rawson is the son of Ralph and Donna Rawson and a 2009 graduate of Corcoran High School. Following graduation, he attended Onondaga Community College and St. John’s University. Matthew currently attends St. Mary’s Seminary and University in Baltimore. He served his pastoral year at St. Joseph’s Church in Endicott and his spent the summer of 2014 at St. Peter’s Church in Rome. Rawson will return to St. Joseph’s this summer before returning to St. Mary’s to complete his final year of seminary studies in the fall of 2017.

As he looks to his upcoming ordination, Rawson offered the following reflection for the diocese’s Communications Office:

When did you decide to pursue the priesthood?
I believe that God was calling me when I was young, but I did not truly listen to that call until I was in high school. I began discerning the priesthood in my junior year of high school and continued until my second year in college, when I entered college seminary. During those years in high school and college, I learned to listen to God and where He was calling me. I was able to speak to other seminarians, as well as get to know other priests who helped me in my discernment process. Listening to God’s call is not an easy task with the many distractions in our lives, but when we listen to what God is calling us to do, then we are able to follow Him where He wants us to go.

Were you inspired by any particular priest or religious person in your life?
There were multiple priests who helped me both in my discernment process as well as growing up. These priests played a part in helping me understand what the role of a priest was. I believe that through many priests as well as my family, I was able to discern where God was calling me. My family is very supportive of my vocation and continues to support me in my journey to the priesthood.

Your ordination to the transitional diaconate will take place during the season of Easter, a joyful time when we celebrate the glorious Resurrection. Why is it especially significant to be ordained during Easter?
During the season of Easter, we as a Church focus on the Resurrection and triumph of Jesus Christ over the grave. The Easter season allows me to focus on the Resurrection and see it as a new beginning.

The Rite of Ordination, to me, symbolizes a new beginning and, in a sense, a “resurrection” to a new life. In preparation for Ordination, the Easter season is also a significant time as I will prepare to receive the Holy Spirit as the Apostles received the Holy Spirit at Pentecost, and were sent out to go and teach all nations.

What aspect of ministry are you most looking forward to?
After reading this question, I immediately thought of a scripture verse that is inscribed on the top of St Mary’s Seminary in Baltimore, Maryland. “Go Teach all Nations.”

I will be ordained to the diaconate this year and the following year the priesthood. The ministry of a deacon is service — service to the Church and the people of God. I am not sure if there is one area of ministry I am looking forward to more than others, but if I had to choose I would probably say preaching. Preaching is an integral part of our role as priests and deacons. We are called to preach the Word of God to all people and allow the Word of God to catechize them. As scripture tells us, we are called to “Go and teach all nations” and by this scripture verse, we are called to use this as a foundation for our lives and our ministry.

What is it like to be ordained during the “Francis era?” Has Pope Francis had an impact on your formation or how you think you will operate as a priest?
I believe Pope Francis has given a challenge to all the clergy and religious to live and teach the faith to others and recommit themselves to that role. Pope Francis said early in his pontificate to “Smell like the sheep.” This I believe is a call to live out our faith and truly know our flock. Pope Francis continues to challenge the clergy and the laity to live lives of holiness and strive to teach and understand the faith. Being ordained during the “Francis era” holds a large impact on my journey to the priesthood and my ministry as it calls priests and deacons to look at how they live out their priestly calling and ministry.