Missionary, retired doctor reach across the world to reconnect 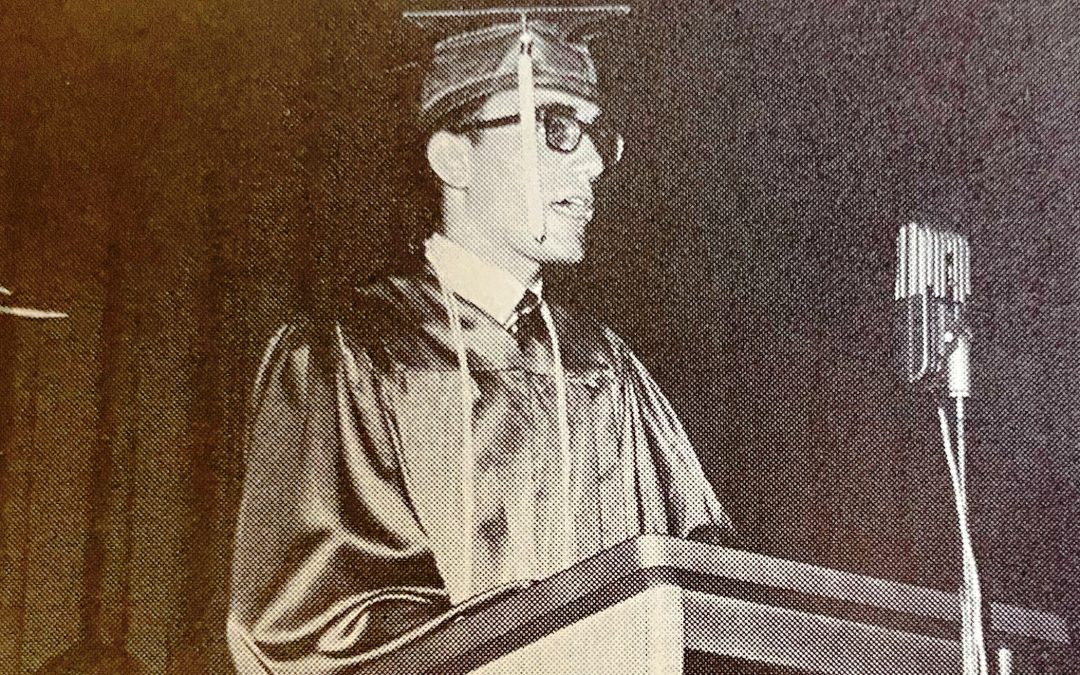 He cracked open a life of service in those early years of roasted peanuts and stickball. And he savored drama on and off the stage.

One day, Mike Bassano came over to the church parking lot where the kids played ball in Binghamton.

“He had some change in his pocket, and he took it and threw it on the ground,” recalled his best buddy from those days, Bob Gibbons. “And he said: ‘I don’t need this anymore.’ That’s pretty interesting, I think: ‘I don’t need money, I’m going to be a priest.’”

Oh yes, he was very good at pretending, according to good friend Mary Peg McCormack Mathis, who acted with Mike in theatrical shows: “The minute he’d step on stage, you’d burst out laughing.”

Keeping his word, Mike went on to serve as a priest in Utica and Binghamton and later as a Maryknoll missionary in Chile, Thailand, and Tanzania; since 2014, he has served steadily as a Maryknoller in South Sudan, a country with a history of civil war. Bob is a retired podiatrist from Rhode Island who lives in Wallace, N.C. Mary Peg is retired from Seton Catholic Central High School in Binghamton. 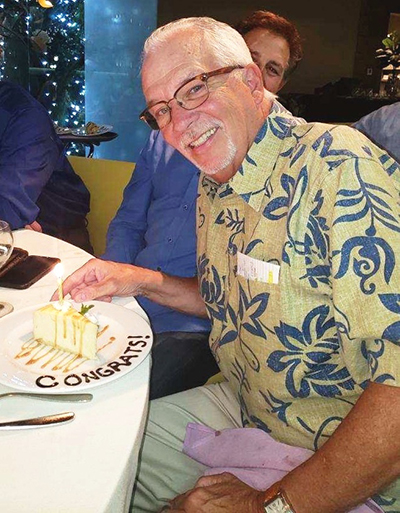 Dr. Robert Gibbons was best buddies with Father Michael Bassano when they were growing up in Binghamton. “He’s the Mother Teresa of missionaries,” Dr. Bob says of his old friend. He adds: “Mike deserves all the recognition he can get.” (Photos courtesy Dr. Robert Gibbons)

Sun gets the assist

Recently, Dr. Gibbons’ sister, who still lives in Binghamton, sent him a Sun article about Father Bassano, so the retired doctor contacted the Sun to get back in touch with his old stickball buddy. The Sun connected them, and now they are happily back in touch, albeit from almost 7,000 miles apart.

“It was wonderful to reconnect with him thanks to you,” wrote Father Bassano from Upper Nile State in South Sudan, where he is the Catholic chaplain in a UN Protection of Civilians camp for people who have been displaced by the civil war. “We are in communication through email and I called him on [Sept. 14] and we had a great conversation. Even though he did not become a priest he said to me over the phone that in each of our callings we are ‘healers of souls (or soles).’”

They lived on the south side of town and both were altar boys at St. John’s. “We did the weddings, we did the funerals, we were always serving Mass,” Dr. Bob said. “And my mother thought I was going to become a priest. And it didn’t happen but Mike did.”

It was a two-mile walk to the peanut store downtown. “We bought freshly roasted peanuts and enjoyed eating them on a bench nearby as we watched people go by,” Father Bassano recalled.

“We would buy salted peanuts and sit there and eat ’em, and just walked everywhere,” Dr. Bob said. “We used to really enjoy getting peanuts when we had a little extra change.”

There was a whole neighborhood of guys who played stickball with a cut-off broom handle. “We got so good at it you had to bat opposite-hand,” Dr. Bob said. “He was left-handed, so he had to bat right, and I was right-handed so I had to bat left.

“And that was our main glue that held us all together.”

One had to wonder what held young Mike’s ball glove together. “He had this baseball glove that was so decrepit; it looked like Babe Ruth owned it,” Dr. Bob recalled. “You know how they were flat, the gloves, back then? Yeah. He had a glove just like that, and we called it ‘The Babe.’”

Although they walked everywhere, young Mike could speed it up too: “REALLY could run fast,” Dr. Bob said.

Father Bassano remembers: “During my junior year I was a member of our track team and ran the half-mile race. I never won a race but came in second once.”

But with “the most wonderful personality that you can humanly imagine,” in the words of Mary Peg, young Mike had other ways to stand out.

He wrote: “I was a member of the glee club and played the comic leads in two of our Gilbert and Sullivan productions of ‘The Mikado’ and ‘H.M.S. Pinafore.’ I also played the lead in our senior-class- play production of Moliere’s ‘The Miser.’ …

“While in high school, I also participated in our St. John the Evangelist Parish theater group called the Sullivan Players in Binghamton where I was acting in … musical productions of ‘My Fair Lady,’ ‘Oklahoma,’ and ‘Little Mary Sunshine.’”

Thanks, mentor, for the glow

Good pal Mary Peg has always treated Father Bassano like family. She played the title role in “Little Mary Sunshine.” She said Don Sullivan was St. John’s organist then and Father Robert Sullivan was the moderator of the parish’s CYO, of which the Sullivan Players were a part. Of Don Sullivan’s leadership, she said, “It was almost like you took an intense course in public speaking and presentation. He made you just glow, and you went out on stage and you just did your best.”

Of Mike Bassano’s acting ability, she said: “Wonderful, wonderful.” Good singing too? “Absolutely,” she said. They both appeared in theater productions at Central Catholic High School, whence she graduated in ’66.

Before leaving for the seminary one year later, the future Father Bassano buried “The Babe.”

Old pal Dr. Bob imagines what his buddy was thinking: “I’m movin’ on in life to the next chapter, I don’t need ‘The Babe’ anymore.”

Father Bassano wrote: “The gift that Bob gave me of a new glove was given away by me, as he said, to a young boy in the parish to carry on our tradition of playing stickball.”

Dr. Bob, who put in 40 years as a podiatrist, said of Father Bassano: “If anybody deserves to be a saint, this guy does.”

‘Do whatever God asks’

Father Bassano wrote: “All we can do is be of service to those in need and do whatever God asks us to do to make the world a better place.”

Mary Peg was a staffer at Seton Catholic for 26½ years: administrative secretary, guidance secretary, and director of liturgy, along with six years as director of the school’s musicals. She serves on the Liturgy Committee for the Diocese of Syracuse because of her music background, and she has been the director of music at many parishes. All four of her children attended Seton Catholic and two of them followed in Father Bassano’s footsteps as president of the Key Club, doing service projects in the community.
She reads Father Bassano’s poems in the Sun. “They’re just beautiful,” she said. “He’s just an outstanding individual. … He really loves his calling. But he also exudes this wonderful personality that draws people in to him because he’s kind and good, but he’s very down to earth. … He just does some extraordinary things.”

And what about the future priest’s startling pocket-change play on that stickball lot long ago?

“When he threw that money on the ground,” Dr. Bob said merrily, “I picked it up.”