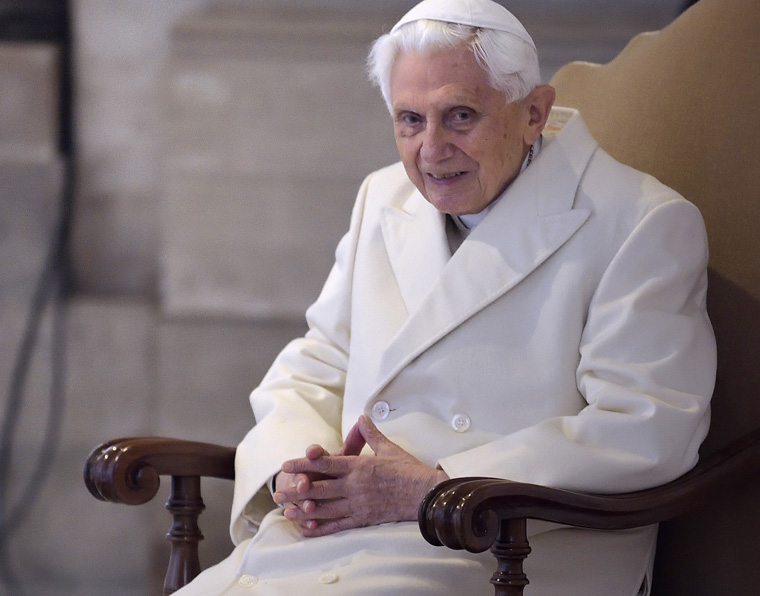 Pope Francis offered his early morning Mass for his predecessor and then sent his personal best wishes to the retired pope, who lives on the other side of St. Peter’s Basilica in a refurbished monastery.

The birthday evening plans, the Vatican press office said, included a visit and performance by the Swiss Guard band.