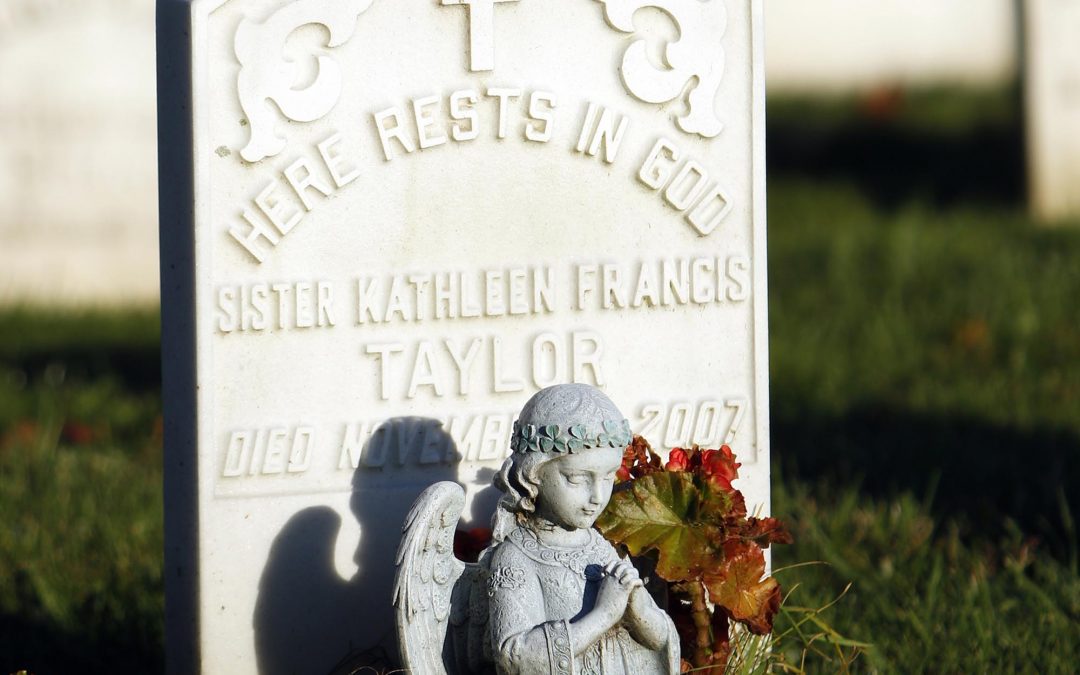 VATICAN CITY (CNS) — When a friend’s beloved dog died, Adrian Cruz dug a grave, prepared a box, cleaned the dog and helped bury the animal in a way that helped his grieving friend mourn the loss of her pet.

Earlier the same day, Cruz, a Catholic mortician, tried to comfort an acquaintance who was devastated to find out what would happen to a friend who died and whose family was unwilling to give him a proper burial.

“While driving home and thinking about that day, I realized that my friend’s pet dog had more of a dignified burial than the unclaimed bodies I buried for the government. It troubled me, thinking of how I whispered prayers while burying these poorest of the poor as the government machines unceremoniously dumped dirt on their unmarked graves,” he told Catholic News Service.

The work of mercy that often gets most overlooked, he said, is burying people who died poor, estranged from family, abandoned in old age or as wards of the state or babies who were aborted.

Also, funerals, even cremation, are expensive and “churches can often drive people away from Christian burial because of the costs. Families are often embarrassed that they can’t afford” them, Cruz said in a series of email responses to questions in mid-October.

The for-profit system of health care in the United States exists in “the death industry,” too, he said, creating higher costs for many. Just as the poor and marginalized “get trampled” on when they are alive, he said, the same disregard for their dignity often awaits them after death.

The unclaimed deceased are eventually considered “a public health hazard,” he said, and the local public health agencies or coroner’s office bids out for a so-called “pauper’s burial” to funeral homes, he said.

“These unfortunates are often buried in body bags with cardboard cremation coffins, with no ceremony to mark the passing of their life, no prayers to sooth their souls,” since they are being buried by private mortuaries by government contract.

Just interring the deceased is not enough, Cruz said. “We strive to give dignity and meaning to the life of this person and the situation they are in.”

While Catholic cemeteries try to fill in some of the gaps by offering free or low-cost grave sites, a dedicated group of laity is still needed, Cruz said.

“Somebody has to ‘claim’ the dead in order to properly bury them” and get a burial permit, “coffins need to be made, remains need to be transported, pallbearers need to physically carry them to the grave.”

This situation is happening often silently in every diocese, Cruz said, “so there need to be Catholic funeral homes and dedicated laity to help carry out this task and pray for the poor souls in purgatory.”

Cruz, a former seminarian, became a mortician in California after an Augustinian priest friend helped him get hired at a parishioner’s funeral home. His love for the profession led him to become a successful co-owner of a mortuary in San Diego, he said.

He opened his own funeral home in Guam in 2008 after he moved there to be closer to his aging grandparents, who had raised him.

Recently, he closed his business to be able to pursue other interests; however, “God had other plans, as he usually does,” he said.

His experience helping bury his friend’s dog and the memories of burying the unclaimed deceased were fresh in his mind one day as he was driving, flipping through radio stations, he said.

Someone on air was reading a Bible passage about Joseph of Arimathea — a respected figure who took it upon himself to bury Jesus after his crucifixion.

“My funeral home, which I just closed, was called Arimathea Funeral Services. I felt God whisper and I called to mind, ‘Whatsoever you do to the least of my brothers, you do unto me.’ And right then and there I decided I would do something about it.”

Cruz established the Arimathea Society on the feast of Our Lady of Sorrows to gather laypeople together for spiritual works of mercy, prayers for the dead, offering Mass for the poor souls in purgatory and preparing for burials.

“Praying for the poor souls in purgatory is often overlooked or regarded as ‘old-fashioned’ in many modern American Catholic minds,” he said.

But a number of people of every age and background have joined the society: school teachers, an office secretary, a retired accountant, a banker, a musician, a hairstylist, a college freshman, he said. Though each person joined for different reasons, for many it was “because they have lost loved ones themselves and the thought of leaving the world with nobody to mourn you or even give you a dignified burial broke their hearts.”

With the help of donations, they built simple plywood coffins, and Cruz uses his hearse to take the deceased “to any church that will have us to have a Mass of Christian burial.”

He said there are not a lot of priests who have the time to do a funeral Mass. “Often they don’t want to step out of parish boundaries for Masses or can’t say Masses in venues outside of churches, like mortuary chapels or veteran’s cemetery chapels.”

Cruz said he hopes to get permission from the local archbishop to allow Mass at his family’s private chapel to reduce costs and to hold a monthly rosary and Mass for the dead at different parishes. The idea is to broaden the network of prayers, fundraise and find other people interested in this forgotten ministry, he said.