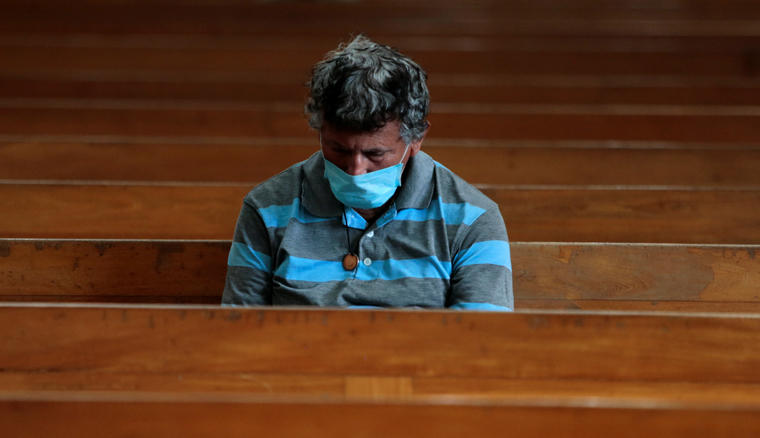 MEXICO CITY (CNS) — Health officials in Nicaragua have stopped a church program to prevent COVID-19 in the Central American country, where the government has downplayed the pandemic’s potential impact and encouraged the population to go about their business as usual.

Bishop Rolando Alvarez Lagos of Matagalpa, Nicaragua, tweeted April 5 that the health ministry told him he “could not carry out the medical prevention centers project and not even the call center,” which would have provided medical advice.

“I want to say for the record, before the people, that we as a diocese wanted to work for the health of our communities, and they have not allowed us to do so.”

In an earlier tweet, Bishop Alvarez said the project included six medical centers and a call center “to inform, orient and attend to the population in the face of COVID-19, to the best of our ability.”

Central American countries have closed borders and imposed quarantines in response to the pandemic.

But Nicaraguan President Daniel Ortega and his wife, first lady Rosario Murillo, have downplayed the disease’s dangers, convening a march promoting “Love in the times of COVID-19,” according to local media. They have not encouraged prevention measures such as social distancing.

“It’s total disinformation,” said Msgr. Carlos Aviles, spokesman for the Archdiocese of Managua. “They’ve made calls for summer fairs and for people to go the beach. We’re living in a wonderland.”

“The church has taken the initiative for prevention,” Msgr. Aviles said. “People are lacking official information, and private initiatives are blocked.”

The country has recorded six COVID-19 cases and one death, according to Murillo, who claims health officials are spreading information door-to-door.

Catholic churches have celebrated Mass behind closed doors and canceled processions for Holy Week. The church’s attempts at promoting prevention have put priests in a position of again appearing to oppose the government — which, in the past two years, has repressed protests and persecuted institutions such as churches that lent support to protesting students and families of political prisoners.

“Admiration for my brother Bishop Rolando Alvarez. … The Samaritan spirit of the church is evident. What a pity that there are dark forces that are preventing people from doing good!” tweeted Auxiliary Bishop Silvio Jose Baez of Managua.