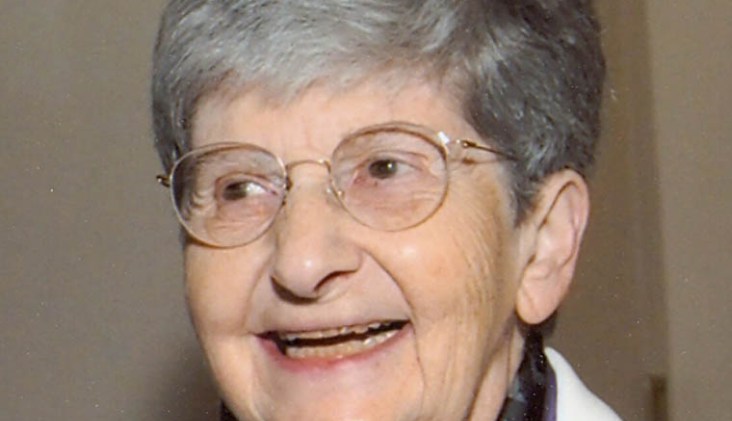 PHILADELPHIA (CNS) — Sister Hanna Klaus is an OB-GYN, a member of the Medical Mission Sisters and best known as founder of the TeenSTAR adolescent sex education program, which is used around the world.

She has long been a promoter of the Billings method of natural family planning and in 1980 developed TeenSTAR — Sexuality Teaching in the context of Adult Responsibility.

It wasn’t always that way. Back in 1968, when Blessed Paul VI issued his encyclical “Humanae Vitae,” reaffirming the church’s ban on artificial contraception, her first reaction was: “It is very nice Holy Father, you are telling us what we can’t do, but you aren’t telling us what we can do.”

What was allowed was natural family planning — regulating family size by making use of the fertile period of the couple. For most of her life since she has been educating people, especially the young, on how to determine just when that is.

In “Humane Vitae,” the pope also reaffirmed the church’s moral teaching on the sanctity of life, married love, the procreative and unitive nature of conjugal relations and responsible parenthood, and he asked scientists to improve natural family planning methods.

Sister Klaus’ own story begins in 1928, when she was born into a Jewish family in Austria and after the rise of Nazism, her family fled their homeland. They arrived in the United when she was 12 and were resettled in Louisville, Kentucky.

From the time she was a very young child in Vienna, she had an interest in medicine and after college, she entered medical school at the University of Louisville. After graduation and during her residency at Massachusetts General Hospital, she had a life-altering epiphany. Previously nonreligious, she came to realize there was more, something missing in her life. Through friends she discovered the Catholic Church.

“I received the gift of faith,” she said in an interview for Catholic News Service. “I came into the church in 1952. Conversion is like being adopted.” Not one for halfway measures, she almost immediately began to discern a religious vocation. Her ultimate choice was the Medical Mission Sisters, where she could be both a religious and a physician.

She joined the congregation in 1957, taking as her religious name “Miriam Paul.” After her formation, she served medical missions in Pakistan and what is now Bangladesh. She then worked for several years in St. Louis, just about the time of the release of “Humanae Vitae.” She also did a stint as director of the OB-GYN department at St. Francis Hospital in Kansas.

As a physician and an OB-GYN professor, she was well aware of the NFP methods approved by the Catholic Church which could be used to either promote or avoid conception. The calendar method was based on calculating the presumed days of a women’s cycle until ovulation and the second method — basal body temperature — was based on temperature changes which could indicate the fertile period.

As a professional, Sister Klaus was skeptical of the accuracy of either method. “The calendar method was like rolling the dice,” she said.

It was while in St. Louis that she read a book recommended by Cardinal Joseph Carberry that was written by an Australian physician, Dr. John Billings. It explained another NFP method he believed accurately predicted the onset of fertility and possible conception.

It was based on charting discernable changes in cervical mucus which indicated ovulation was coming.

The following year, Sister Klaus traveled to Sydney where Billings and his wife, Evelyn, also a physician, were conducting a controlled study with couples to test accuracy of his method. The results were such that on return to St. Louis she initiated a similar study which replicated Billings’ results.

In 1978, Billings asked Sister Klaus if she would be interested in promoting this method of NFP with teens, because no one was doing that, and she agreed. The same year she moved to Washington to be an associate professor of obstetrics and gynecology at George Washington University; she also practiced as an OB-GYN.

She founded TeenSTAR in 1980 while she was executive director of the Natural Family Planning Center in Bethesda, Maryland.

“It’s not birth control, it is a method of fertility awareness,” she explained. At first the program was staffed by herself and another Medical Mission Sister, Sister Mary Ursula. The first pilot group focused on girls, ages 15-17 divided into age-appropriate groups. As minors, all had parental permission to participate.

Through voluntary blind surveys, it was found a small percentage were already sexually active but over the length of the program, that number decreased and there was only one pregnancy. Because of the apparent success, more teachers were trained, and at parents’ request a similar but separate program was started for boys taught by a priest.

Since then, it has spread to approximately 35 countries in North and South America, Central America, Europe, Asia and Africa. When it is in a Catholic setting, it is taught in the context of St. John Paul II’s “theology of the body,” which focuses on the meaning of the human body, sexuality and marriage in light of biblical revelation.

But even in a secular setting, “it is really natural law,” Sister Klaus said about the basis of TeenSTAR training.

“It is really teaching fertility awareness. Once they understand their fertility they begin to move away from peer pressure and begin to make their own decisions,” she told CNS. “It doesn’t matter if they are in the Bronx or in Ethiopia, the kids became aware of their own identity. If young people are invested in themselves and fully understand the value of the program, they love it.

“I think ‘Humanae Vitae’ is the way to go. I don’t think fertility is a disease and I don’t think it is reasonable to use powerful drugs or surgery to remove a normal body function,” Sister Klaus said.
One of the challenges Sister Klaus finds is the reluctance of some church officials or pastors to permit any kind of sex education because it might promote promiscuity. Properly presented it does not, she maintains, and programs such as TeenSTAR actually have the opposite effect.

At this point, Sister Klaus, a member of her religious congregation’s community in Meadowbrook, Pennsylvania, has relinquished the office of president of TeenSTAR International but is still a board member and president of the U.S. branch.

Looking back over her long career in leadership with TeenSTAR, she said, “I would have like to have done at least 10 times more than I have. The hardest place to bring such a program is the United States because so many are afraid of talking about sex. They are afraid when people get the information they will misuse the program.

“It is against human dignity to try to control people by not giving them information. I’m grateful the Lord has let us come this far.”