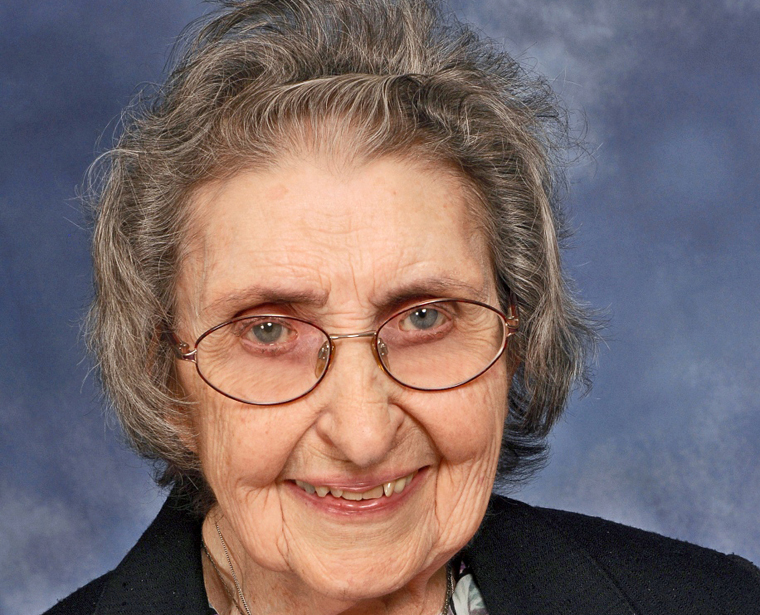 Baptized Eileen Marie Clark, Sister Anne was born on Feb. 23, 1926, in Syracuse, daughter of the late Raymond and Margaret Snyder Clark. As a child, Sister Anne moved with her family to Binghamton where they attended St. John the Evangelist Church.

Sister Anne graduated from Binghamton Central High School, entered the novitiate of the Sisters of St. Joseph on March 19, 1944, and professed final vows on Aug. 15, 1949. She received a bachelor’s degree and a master’s degree, both in elementary education and both from The College of Saint Rose, and a doctorate in special education administration from Michigan State University.

For the first 20 years as a Sister of St. Joseph, Sister Anne taught in schools of the Albany and Syracuse dioceses. In the Diocese of Syracuse, she taught at St. Brigid’s School and St. Lucy’s School, both in Syracuse. After completing her Ph.D., Sister Anne began a 21-year career at The College of Saint Rose as instructor, director of special education, associate dean for graduate programs, dean of graduate studies, and vice president of academic affairs/provost. When she moved to St. Joseph’s Provincial House in 1997, Sister Anne served for the next 16 years as provincial archivist and then as consultant to the archives.

Sister Anne was a forthright woman who had the courage to speak the truth and the strength to stand up for what she believed, but she did so with empathy and understanding. In all her relationships and ministries, Sister Anne was prayerful, honest, and direct but with a special dose of kindness for anyone in need.

Sister Anne’s work ethic, marked by vision, focus, initiative, and accountability, served her well in every ministry she undertook. As a teacher, she was knowledgeable, patient, and compassionate. As an administrator, she was blessed with strong organizational skills and the ability to empower others to accomplish their own responsibilities in a manner that enhanced both individual and collective growth.

Sister Anne is survived by her sister, Rita Finn-Pereira; her brother, Jerry Clark; by many nieces and nephews and their families; and by the Sisters of St. Joseph of Carondelet. In addition to her parents, Sister Anne was predeceased by her brothers Col. Ray Clark, Dr. Robert Clark, William Clark, and John Clark; by her nephew, Robert Clark, Jr.; and by her dear friend, Sister Bernarda Jaques.

Due to the continued health concerns regarding the COVID-19 pandemic, there will be no funeral services for Sister Anne at this time. A Memorial Mass will be scheduled later.