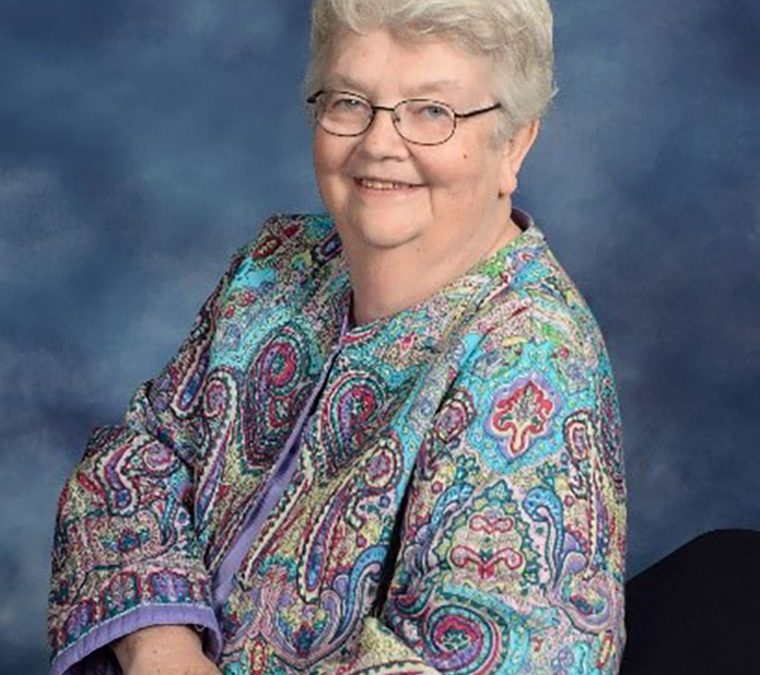 Sister Helen Dolores Hart, CSJ, died on July 30 at Upstate Medical Center in Syracuse. Sister Helen was 77 and had been a Sister of St. Joseph of Carondelet for 58 years.

A Syracuse native, Sister Helen was the daughter of Helen Mertz and Cornelius Hart. She was the youngest of three children, joining older brothers Neil and Bill. Sister Helen was an eighth-grade graduate of St. Brigid’s School before graduating from St. Lucy’s Academy; she entered the Sisters of St. Joseph in September 1963, professing final vows in 1971. Her zeal and generosity were a perfect fit for the community, and she shared her gifts willingly.

Sister Helen’s ministry was almost totally in the Diocese of Syracuse, where she served as teacher and principal in numerous schools, always with energy and creativity. The 1980s were a time of declining enrollment in Catholic schools, but Sister Helen succeeded in stabilizing and increasing enrollment. She then served for four years as Director of Development for the Catholic schools. During her early years, Sister Helen also completed her B.A. from The College of Saint Rose and her M.S. from SUNY Binghamton.

Sister Helen was a compassionate woman who reached out beyond the schools she led, welcoming anyone in need. She was a counselor, advocate and friend for multitudes. Her compassion was enlivened by a rich sense of humor that could ignite an entire group into laughter. Her flexibility was legendary; she loved new endeavors. She advocated for animals as well as people, delighting in several pets.

Although Sister Helen was an energetic worker, she enjoyed travel and new experiences. A trip to Ireland with a dear cousin ranked high in her memories. She was devoted to her family, and they returned the affection. Her seven nieces and nephews gave her special joy and she never forgot a birthday.

In 2005 in Syracuse, a chance encounter brought Sister Helen to Central New York Services, an organization committed to support and advocacy for those in need. As Quality Improvement Specialist, Sister Helen spent the next 12 years reaching out to the civic community, using her experience and moving into the hearts of countless grateful individuals. She made friends everywhere; a colleague described her as “a woman for all seasons.”

Sister Helen is survived by her two brothers and many loving cousins, nieces, nephews and close friends. She will be dearly missed by her devoted friends among the Sisters of St. Joseph.

Her funeral liturgy was held Aug. 8. Burial services were held Aug. 9 at the Sisters of St. Joseph’s Cemetery in Latham, Albany County.

Contributions in Sister Helen’s memory may be made to the Office of Mission Advancement, St. Joseph’s Provincial House, 385 Watervliet-Shaker Road, Latham, N.Y., 12110.