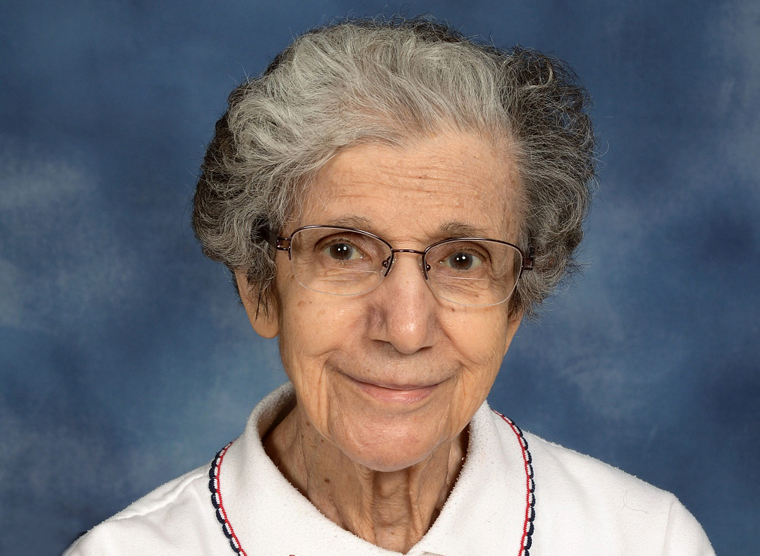 Sister Lamese was born on June 22, 1922, in Gloversville, daughter of the late Fred and Mary Farhart. After graduating from Gloversville High School, Sister Lamese attended The College of Saint Rose and graduated in 1944 with a bachelor’s degree in commerce. She then taught business subjects at Ravena-Coeymans Central High School.

On March 19, 1946, Sister Lamese entered the novitiate of the Sisters of St. Joseph in Troy; she professed final vows on Aug. 15, 1951. She pursued graduate studies in business education and received a master’s degree, also at The College of Saint Rose. For 21 years, Sister Lamese served as teacher and librarian in schools in the dioceses of Albany, Syracuse, and Honolulu, Hawaii. In the Diocese of Syracuse, she taught at St. John’s Catholic Academy, Syracuse, and Catholic Central High School, Binghamton. She also served as provincial secretary and leadership office assistant at St. Joseph’s Provincial House.

Sister Lamese was a woman of faith and wisdom, an educator, a mentor, a friend. As a family member, she was a beloved, proud, and caring sister and aunt. As a teacher, she was known for her fairness, good judgement, business acumen, and unshakable composure. As a Sister of St. Joseph, she was deeply committed to the mission of unity and reconciliation and acutely aware that prayer nurtured and sustained her throughout life.

Sister Lamese was a Renaissance woman of sorts with talents and knowledge in many different areas of study; she enjoyed nothing more than a conversation on the focus of the Church or the future direction of the Sisters of St. Joseph or the need to dialogue about racism — even offering her own political voice every now and then!

To the end of her life, Sister Lamese continued to invest herself in the opportunities offered to her for personal and spiritual growth. Her enthusiastic and conscientious participation proved that losing interest and motivation is not inevitable as one grows older! Sister Lamese leaves a legacy of faith and determination, and the Sisters of St. Joseph will greatly miss her presence among them.

Sister Lamese is survived by her family whom she loved dearly: her nieces, Cynthia Kahn, Katherine Miller, and Mary Beth Farhart; her nephews, Paul and Edward Farhart; their families; many friends; and the Sisters of St. Joseph of Carondelet. In addition to her parents, she was predeceased by her sisters, Olga and Najla; and her brother and sister-in-law, Dr. Edward and Marie Farhart.

Due to the continued health concerns regarding the caronavirus pandemic, there will be no funeral services for Sister Lamese at this time. A Memorial Mass will be scheduled later.