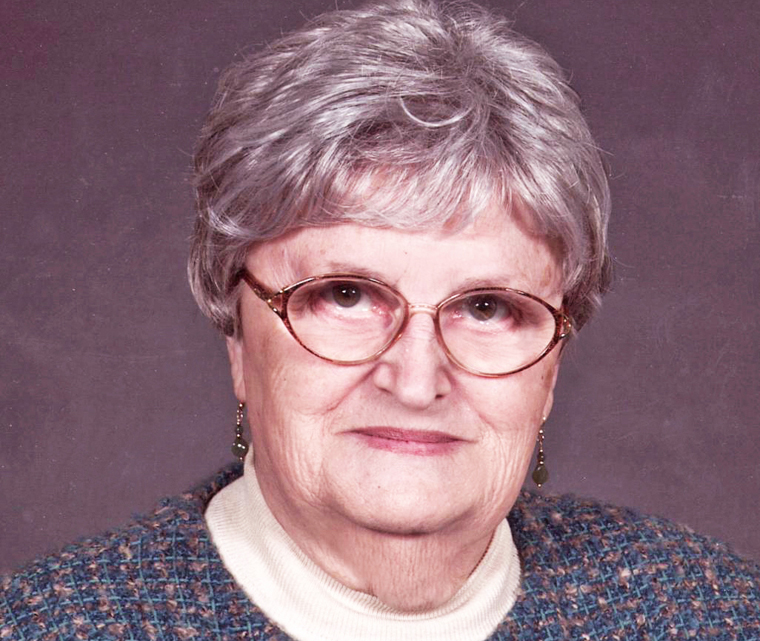 Sister Margaret, the former Mary Louise Duffy, was born on Aug. 19, 1930, in Syracuse, daughter of the late James and Georgia Louise May Duffy. After graduating from St. Vincent de Paul High School in Syracuse, she worked as an operator for New York Telephone Co. On March 19, 1952, Sister Margaret entered the novitiate of the Sisters of St. Joseph in Troy; she professed final vows on Aug. 15, 1959.
Sister Margaret received a bachelor’s degree in elementary education and a master’s degree in speech and hearing, both from The College of Saint Rose. For the first 17 years of her life as a Sister of St. Joseph, Sister Margaret taught in schools of the Albany and Syracuse dioceses, including in the Syracuse Diocese, Sacred Heart School, Utica; St. Mary’s School, Oswego; and St. Lucy’s School, Syracuse.

In 1971, she began an 18-year career as director of the Syracuse Diocesan Apostolate for the Deaf and she also taught religious education at the New York State School for the Deaf in Rome. In 1989, Sister Margaret was appointed treasurer of the Albany Province of the Sisters of St. Joseph, a position she held for eight years. For the next 16 years, she was a pastoral associate and then a volunteer in St. Mary’s Parish, Ballston Spa. In 2013, Sister Margaret retired to St. Joseph’s Provincial where she served in the archives.

Sister Margaret was a pragmatic, matter-of-fact woman: direct yet respectful, straightforward yet kind, strong of mind yet tender of heart. In her service as teacher, treasurer and parish associate, Sister Margaret displayed a reliable work ethic that, combined with her wry sense of humor and sincere concern for people, made her ministries effective and fulfilling.

However, it was her nearly two decades as director of the Diocese of Syracuse’s Apostolate for the Deaf that brought Sister Margaret the most joy. In the tradition of the first six Sisters of St. Joseph who traveled in 1836 from Lyon, France, to St. Louis, Mo., to instruct the deaf, Sister Margaret trekked the various regions of the Syracuse Diocese, assisting parishes, hospitals and educational facilities in welcoming and providing services for persons who were deaf or hearing impaired.

In addition, her years of providing religious education to Catholic students at the NYS School for the Deaf fueled Sister Margaret’s passion and energy for her ministry as it created a faith-sharing experience for her students and herself.

Sister Margaret is survived by her cousins, Jeffrey Pierce, Willian Gallagher and Russell May and their families; and the Sisters of St. Joseph of Carondelet with special mention of her dear friends, Sister Madeline Powers, Latham, and Sister Anne Elise Tschida, St. Paul, Minn.
Sister Margaret’s Mass of Christian Burial was be held in the chapel of the Provincial House on Jan. 24. Donations in Sister Margaret’s memory may be made to the Development Office, Sisters of St. Joseph, 385 Watervliet Shaker Roa