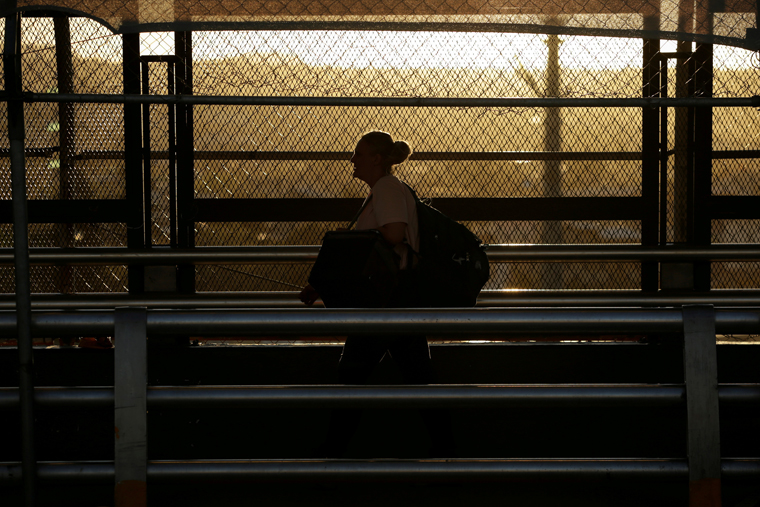 
WASHINGTON (CNS) — From a darkened room, the immigrant spoke in mid-March via Skype to a reporter from the TV station Guatevision, which focuses on issues pertaining to Guatemalans in and outside of the country.

He told her that in Ohio, where he lives, though the community has been generally kind without regard to a person’s immigration status, the fear among immigrants without legal permission to be in the U.S. was rampant — and the coronavirus was just one of many mounting problems.

Work in Ohio, as in the rest of the country and the world, has dried up. Having no health insurance, even some experiencing symptoms were seeking to fight the virus in their residences, without receiving any medical care or advice, risking death and exposing others to the virus.

Jose Arnulfo Cabrera, director of education and advocacy for migration at the Ohio-based Ignatian Solidarity Network said in an interview March 27 with Catholic News Service that for many immigrants, particularly those without legal documentation, the COVID-19 crisis has added another layer of fear and thrown them into an economic crisis with no safety net.

“My mom cleans houses for a living and hasn’t worked all week because her clients are in self-quarantine. Many of our friends have lost their job or are day laborers and haven’t found work,” he told CNS. “Especially since most (immigrants without legal status) live paycheck to paycheck, they’re worried they won’t make rent this month. The reality of not having health care is also scary right now, especially with public charge.”

The 2019 Trump administration’s “public charge” policy, which is navigating through U.S. courts, seeks to deny legal status to some immigrants who apply for social safety-net programs. If they apply for government help, it could hurt their chances to apply for permanent residency or citizenship and even threatens deportation for those who sign up for public benefits.

There’s also little information about what the U.S. Immigration and Customs Enforcement can or can’t do in this crisis to a person without legal permission to be in the country, or to a person without that legal status if he or she seeks emergency medical care.
“The information about ICE reducing their operation really hasn’t gotten to the community, so many people are fearful ICE will come to their homes,” Cabrera said. “In Ohio, the governor has issued a stay-in order.

“There hasn’t been any translating on the order, so many folks who don’t speak English don’t understand what’s going on. Last Sunday I spent translating the governor’s order for Spanish-speaking families for hours.”

Economic policies, such as the $2.2 trillion Coronavirus Aid, Relief and Economic Security Act, or CARES Act, also do not address workers who long have contributed to the U.S. economy, in taxes paid, but also to the health care system, Cabrera said, adding that workers without legal immigration status have been important in keeping hospitals clean and other essential businesses going long before the crisis and during it.

In New York, Msgr. Kevin Sullivan, executive director of Catholic Charities of the Archdiocese of New York, urged “New York state, New York City and the philanthropic community to continue to provide services to the immigrant population in light of the federal government’s exclusion of certain immigrant families, workers and children from many types of support in the federal assistance programs created to help those impacted by COVID-19,” according to a March 30 news release issued by the organization.

“We call on our New York public and private partners to continue our New York tradition of including all immigrants in any coronavirus relief assistance that will be made available,” he said.

“It is not surprising to us — yet still disappointing — that in this unprecedented crisis, the federal government’s $2 trillion CARES Act relief package leaves behind millions of hard-working families, schoolchildren, and taxpaying immigrants who are seeking to adjust their status as legal residents and citizens,” the priest said. “This leaves many immigrants even more vulnerable in this pandemic.

Consistent with our mission Catholic Charities will stand with, and help, to the best of our ability, these most vulnerable of our neighbors.”

But the biggest worry is the deadly result that fear and distrust of the government can cause among certain immigrants.
In Washington, there was speculation that a person who died at home from the coronavirus without seeking medical help in late March may not have been in the country legally.