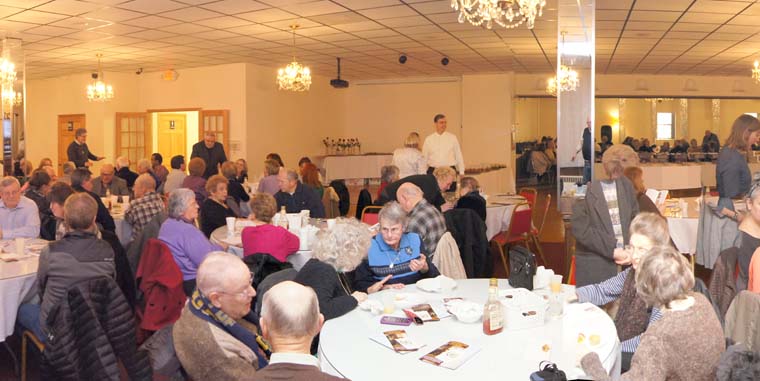 Frank, a Secular Franciscan, is credited, along with then-Pastor Father Antone Kandrac, OFM Conv., with the inspiration to establish perpetual adoration at the church, and she was honored for her 25 years of ongoing day-to-day involvement and service.

Adorer hours at the chapel in 25 years, minus closed hours from Holy Thursday Mass until Saturday Easter Vigil (when adoration is not permitted), are estimated at more than 218,000. Several hours have more than one Adorer present, so the average on the roster is at least 300 Adorers, according to Roberts.