Pope asks Catholics to set up, be enchanted by a Nativity scene 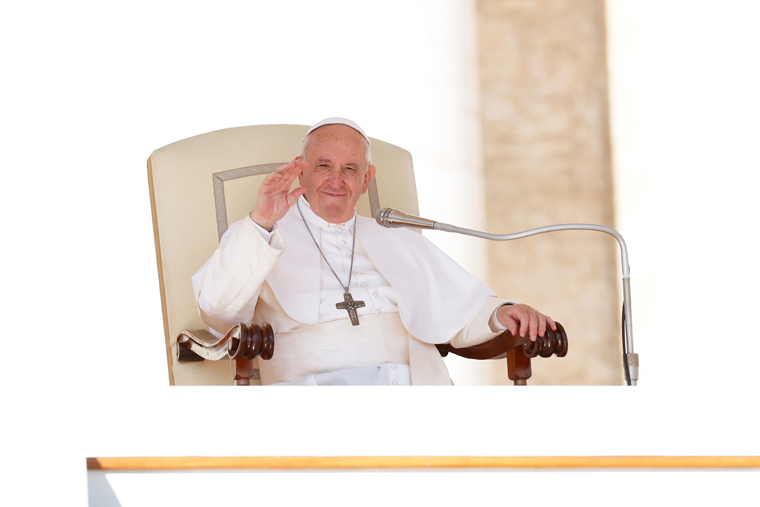 VATICAN CITY (CNS) — A Nativity scene is a simple reminder of something astonishing: God became human to reveal the greatness of his love “by smiling and opening his arms to all,” Pope Francis said in a letter on the meaning and importance of setting up Christmas cribs.

“Wherever it is, and whatever form it takes, the Christmas creche speaks to us of the love of God, the God who became a child in order to make us know how close he is to every man, woman and child, regardless of their condition,” the pope wrote in his apostolic letter, “Admirabile Signum” (“Enchanting Image”).

Pope Francis signed the short letter Dec. 1, the first Sunday of Advent, during an afternoon visit to Greccio, Italy, where St. Francis of Assisi set up the first Nativity scene in 1223.

When St. Francis had a cave prepared with a hay-filled manger, an ox, and a donkey — no statues or actors or baby, even — he “carried out a great work of evangelization,” Pope Francis said, and Catholics can and must continue that work today.

“With this letter,” he wrote, “I wish to encourage the beautiful family tradition of preparing the Nativity scene in the days before Christmas, but also the custom of setting it up in the workplace, in schools, hospitals, prisons and town squares.”

“It is my hope that this custom will never be lost and that, wherever it has fallen into disuse, it can be rediscovered and revived,” the pope said.