Pope: Christ’s victory over death proclaims a second chance for all 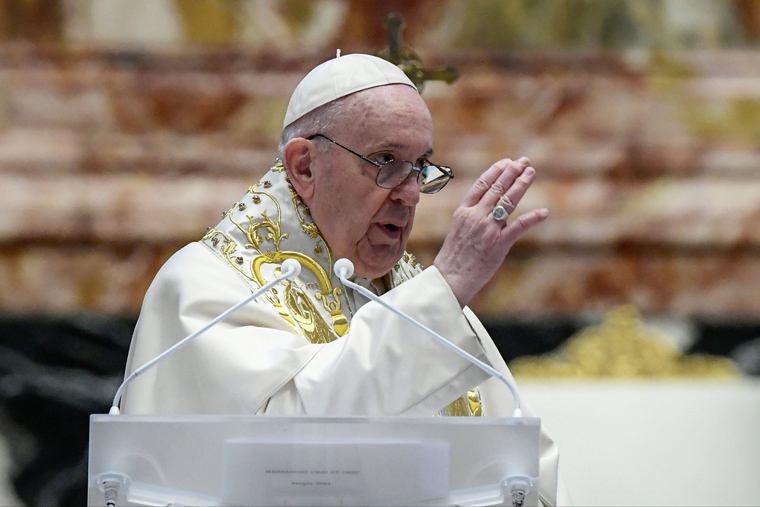 VATICAN CITY (CNS) — The Easter liturgies — with the fire, sharing of light from the paschal candle, the renewal of baptismal promises, and the proclamation that Jesus has risen — assure people that it is never too late to start again, Pope Francis said.

“It is always possible to begin anew, because there is a new life that God can awaken in us in spite of all our failures,” the pope said April 3 during his celebration of the Easter Vigil.

With Italy in lockdown due to the COVID-19 pandemic, Pope Francis celebrated a pared-down vigil at the Altar of the Chair in St. Peter’s Basilica with an estimated 200 people present and returned the next morning with a similarly small congregation for Easter Mass and to give his blessing “urbi et orbi” (to the city and the world).

The vigil was simpler than usual, but there still was the blessing of the fire, which blazed at the foot of the basilica’s main altar, and the lighting of the Easter candle. Then, the darkened basilica slowly began to glow with the light of candles being shared by the concelebrants and the faithful present.

In his homily at the vigil, the pope said the Gospel proclamation of the resurrection and the angel’s invitation to the women at Jesus’ tomb to “go to Galilee” was a call to return to “the place where the Lord first sought them out and called them to follow him.”