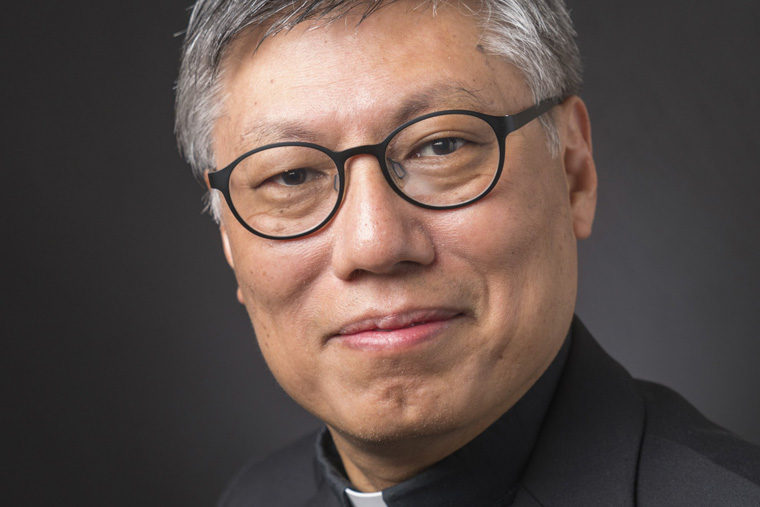 VATICAN CITY (CNS) — Pope Francis has named Jesuit Father Stephen Chow Sau-yan, a native of Hong Kong and provincial of the Jesuits’ Chinese province, to be the new bishop of Hong Kong.

The appointment of the 61-year-old Jesuit, who also serves as supervisor of the Jesuits’ Wah Yan colleges in Hong Kong, was announced by the Vatican May 17.

Bishop-designate Chow will take over from Cardinal John Tong Hon, former bishop of Hong Kong, who had been serving as apostolic administrator of the diocese since the death in January 2019 of Bishop Michael Yeung Ming-cheung, a onetime refugee who earned a master’s degree in communications from Syracuse University in the early 1980s.

In an article published in November in Hong Kong’s Ming Pao Weekly magazine, Father Chow said one of his roles at the colleges is to be “a bridge” between members of the school community — both staff and students — who have divergent views on how much autonomy Hong Kong should have from the central Chinese government.

“Do you know how a bridge works?” Father Chow asked the magazine. “A bridge must be stepped over by people, so that it can bring people to the other side.”

“Being a bridge, in a sense, entails bearing the burden. My words may not cater to both sides, but at least, it brings people from the two sides to come together in the middle. Otherwise, there is no future for society,” he said, according to the English translation of the article, which was published on the Chinese province’s website.

“In Wah Yan, everybody can speak what they want, any topic, as long as it is not propaganda but a discussion from different perspectives supported by convincing facts,” he said.

Welcoming Bishop-designate Chow’s appointment, Jesuit Father Arturo Sosa, superior general of the order, said, “I am happy that Father Stephen can continue to serve, and I wish him every blessing in this new ministry. The Jesuits are proud of our links with the Chinese people, which go back to the great missionary Matteo Ricci who had such a respect for Chinese culture.”

At a book presentation at the Jesuit headquarters May 11, Father Sosa described the Chinese province as “very complex because it includes mainland China and also the island of Taiwan and Hong Kong and Macao.”