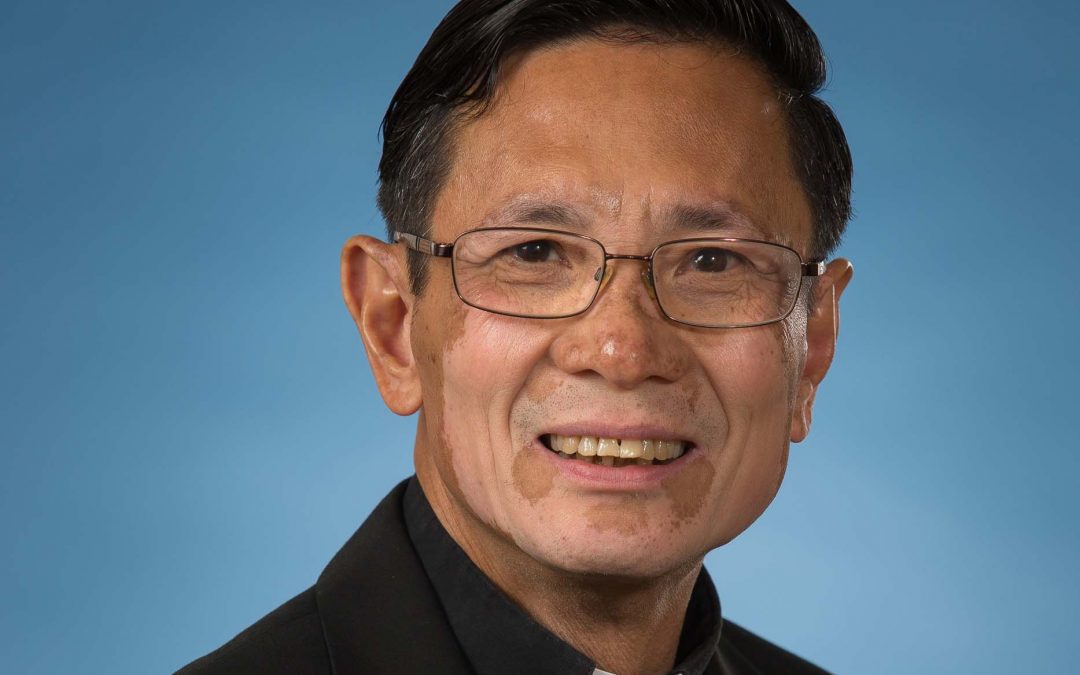 WASHINGTON (CNS) — Pope Francis has appointed Father Thanh Thai Nguyen, a priest of the Diocese of St. Augustine, Florida, to be an auxiliary bishop in the Diocese of Orange, California.

The appointment was announced in Washington Oct. 6 by Msgr. Walter Erbi, charge d’affaires at the Vatican’s nunciature in Washington.

Born in Vietnam, Bishop-designate Nguyen, 64, fled the country in 1979 by boat with his family and spent 10 months in a refugee camp in the Philippines before arriving in Hartford, Connecticut, in 1980. After brief studies at Hartford State Technical College, he became a math and science teacher in Hartford public schools.

In 1984, he joined the Missionaries of Our Lady of La Salette, studying at Merrimack College and the Weston School of Theology, both in Massachusetts. He was ordained to the priesthood May 11, 1991.

For the next eight years, he worked in parishes in Georgia and Florida. In 1999, he was incardinated into the Diocese of St. Augustine. He has been pastor of St. Joseph Parish in Jacksonville, Florida, since 2014.

Bishop Felipe J. Estevez of St. Augustine said he learned of Father Thanh’s appointment Sept. 27, the day Pope Francis launched the two-year campaign, “Share the Journey.” The global initiative is meant to urge Catholics to understand and get to know refugees and migrants who have fled their homeland due to poverty, violence, persecution, and war.

In 1979, Father Thanh and his family escaped Vietnam during the war. They fled by boat, and after 18 days at sea, they landed on the shores of the Philippines. He lived in a refugee camp for 10 months before moving to the United States in 1980.

“Father Thanh knows the plight of refugees, and he understands their journey seeking a safe home and the ability to support their families,” Bishop Estevez said in a statement. “He has a genuine gift when it comes to ministering to people of diverse cultures.”

“Now that reality is beginning to set in, I need to start the process of letting go and letting God,” said Bishop-designate Nguyen in a statement about his appointment. “Yes, letting go of familiar places, familiar faces, Bishop Estevez, the presbyterate of the diocese, parishioners, and staff of St. Joseph and Christ the King parishes who have played an important role in my priestly ministry for more than 20 years.

While he was a Missionary of Our Lady of La Salette serving in the St. Augustine Diocese, Bishop John J. Snyder, then head of the diocese,  named the priest parochial vicar at Christ the King Parish in Jacksonville.

In September 2001, Bishop Victor B. Galeone, newly named to head the diocese, appointed him pastor of the parish.

Through his leadership and initiative, he brought harmony to the Vietnamese community by celebrating a Sunday Mass in Vietnamese and building a Vietnamese Center where cultural traditions among the youth and elderly are preserved.

As pastor of St. Joseph Parish, Bishop-designate Nguyen has been instrumental in strengthening the faith community by celebrating its cultural diversity through parish events throughout the year. He has also built a social/youth hall and added a youth Mass. The parish is about to launch a $4 million capital campaign for parish improvements.

“Father Thanh has not only promoted unity in the parish, but he has fostered more vocations to the priesthood and religious life than any other parish in the diocese,” said Bishop Estevez.

The Diocese of Orange, headed by Bishop Kevin W. Vann, has a large Vietnamese Catholic community.

The Southern California diocese is the 10th largest in the country and one of the fastest growing in the nation. It has 1.3 million Catholics.