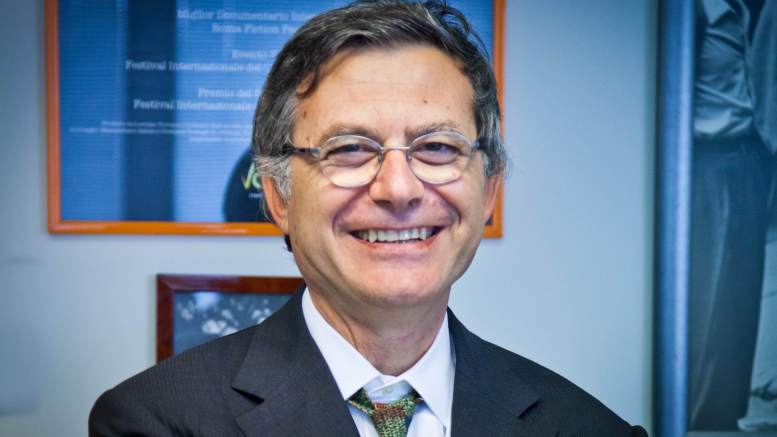 Italian journalist Paolo Ruffini has been appointed as head of the Vatican’s Dicastery for Communication. Ruffini, who headed the television and radio network of the Italian bishops, will be the first layperson to head such a high-level Vatican dicastery. He is pictured in an undated photo provided by TV2000. (CNS photo | courtesy TV2000)

VATICAN CITY (CNS) — Pope Francis has named a lay Italian journalist with decades of experience in print, radio and television broadcasting to head the Vatican’s Secretariat for Communication.

Paolo Ruffini, 61, who headed the Italian conference of Catholic bishops’ TV and radio network, was named prefect of the dicastery July 5, making him the first layperson to head such a high-level Vatican dicastery.

He succeeds Italian Msgr. Dario Vigano, who resigned as prefect in March after a controversy involving the use and photographing of a letter from retired Pope Benedict XVI.

Born in Palermo in 1959, Ruffini received a degree in law at Rome’s La Sapienza University. He worked for a number of major Italian newspapers beginning in 1979, then began working for radio news programs in 1996. He started working in television news in 2002.
He served as the head of the Italian Conference of Catholic Bishops’ television and radio stations — TV2000 and Radio InBlu, from 2014 to 2018.

He has received numerous awards for journalism, according to a Vatican press release.

Pope Francis created the Secretariat for Communication in 2015 to streamline and coordinate the Vatican’s many news and communications outlets and make them more effective. The Vatican has since changed its name to Dicastery for Communication.

The development of digital media, with its converging technologies and interactive capabilities, required “a rethinking of the information system of the Holy See” and a reorganization that proceeded “decisively toward integration and a unified management,” the pope wrote in the letter establishing the new dicastery.