Pope pays tribute to women religious caring for the sick 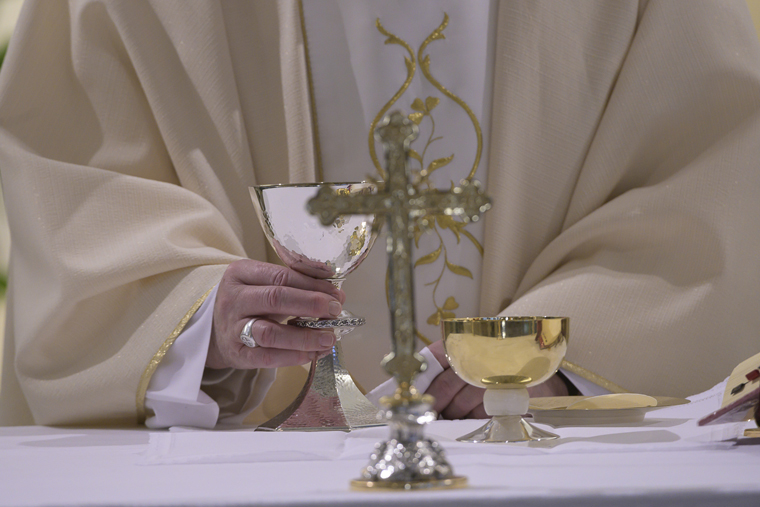 VATICAN CITY (CNS) — Early in the morning, in the chapel of his residence, Pope Francis celebrated Mass for the feast of the Annunciation and paid tribute to women religious, especially those caring for the sick during the COVID-19 pandemic.

Joining the pope for the Mass March 25 were a few members of the Daughters of Charity of St. Vincent de Paul, who work at the papal residence and, more importantly for the pope, run the Santa Marta free pediatric clinic at the Vatican.

The Daughters of Charity around the world renew their vows every year on the feast of the Annunciation, so the pope had the sisters renew theirs during his Mass.

“I want to offer the Mass today for them, for their congregation, which always has worked with the sick, the poorest — as they have done here (at the Vatican clinic) for 98 years — and for all the sisters who are working now to care for the sick, and even risking and giving their lives,” the pope said at the beginning of the liturgy.

Instead of giving a homily, the pope reread the Gospel of Luke’s account of the Angel Gabriel appearing to Mary and announcing that she would become the mother of Jesus.

“Luke the evangelist could have known these things only if Mary had told him,” the pope said. “Listening to Luke, we have listened to the Madonna recounting this mystery. We are before a mystery.”

“Perhaps the best thing we can do now is reread the passage, thinking that it is Mary who is telling us about it,” the pope said before reading it again.