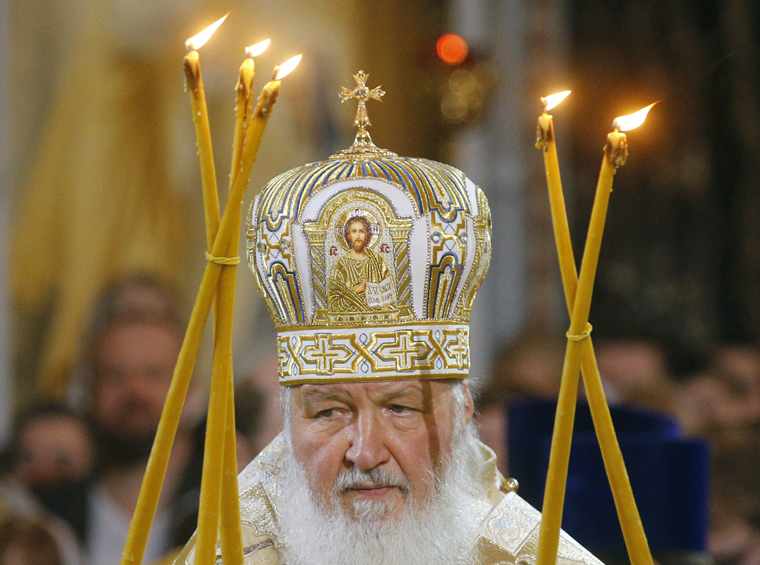 It will be the first-ever meeting of a pope and Moscow patriarch, Jesuit Father Federico Lombardi, Vatican spokesman, told reporters Feb. 5.

As Pope Francis travels to Mexico and as Patriarch Kirill makes an official visit to Cuba, the two will meet at Havana’s Jose Marti International Airport and plan to sign a joint declaration, Father Lombardi said. The pope will leave Rome earlier than planned to allow time for the meeting without forcing any changes to his schedule in Mexico, he added.

The meeting “will mark an important stage in relations between the two churches,” said a joint declaration on the meeting.

The Cuba meeting was not an “improvisation,” Father Lombardi said; it took two years of intense planning and negotiations to schedule. Even when the idea of a meeting was just a vague hope, both Catholic and Orthodox officials insisted it would have to take place on “neutral” territory rather than at the Vatican or in Russia.

Being the first ever meeting of a pope and Russian patriarch, he said, “is an event that, in the ecumenical journey and in the dialogue between Christian confessions, has an extraordinary importance.”

The meeting will come as representatives of Orthodox churches from around the world are preparing for a pan-Orthodox Council meeting in Crete in June. Ecumenical Patriarch Bartholomew of Constantinople, spiritual leader of Orthodox Christians, “naturally, has been informed” of plans for the pope and Patriarch Kirill to meet and expressed “his joy for this step forward,” Father Lombardi said.

Holding a simple meeting with a Moscow patriarch, spiritual leader of the world’s largest Orthodox church, was a failed dream of St. John Paul II and an opportunity that escaped retired Pope Benedict XVI as well.

Repeatedly after the Soviet bloc began dissolving in 1989 and the once-repressed Eastern Catholic churches began functionally publicly again, Russian Orthodox leaders insisted there could be no meeting between a pope and a patriarch as long as Catholics were “proselytizing” in what the Orthodox considered their territory.

The Vatican insisted the Catholic Church rejects proselytism, which it defines as actively seeking converts from another Christian community, including through pressure or offering enticements. The Russian Orthodox had insisted such types of proselytism occurred in both Russia and Ukraine, although the Vatican said that when asked, the Orthodox provided no proof.

St. John Paul re-established the Latin-rite Catholic hierarchy of Russia in 2002, which led to the Russian Orthodox withdrawing from dialogue with the Vatican for several years. Even as tensions over the Catholic presence in Russia waned, the Russian Orthodox insisted a bigger example of proselytism was the loss of its churches in the newly independent Ukraine.

The Vatican recognized there were some instances of excessive zeal early on, but rejected the use of the term “proselytism” as a blanket description for the re-establishment of the Ukrainian Catholic Church. The Ukrainian Catholic Church was outlawed by the Soviet government in the 1940s and its property was confiscated by the government, which in turn gave some churches to the Russian Orthodox. Byzantine-rite Catholics who once could worship only in a Russian Orthodox church, returned to Catholic services and sought the return of church property.

Father Lombardi said the fact that a meeting has been scheduled “allows one to think that on various points dialogue has matured and allowed some things that were once seen as obstacles to be overcome.”

“Every step toward dialogue, understanding, a will to draw closer to each other, understand each other and walk together” after “a past of distancing themselves and even of polemics and division is a positive sign for everyone,” especially considering the huge numbers of Catholics and Russian Orthodox in the world, the spokesman said.

Jesuit Father David Nazar, rector of Rome’s Pontifical Oriental Institute and a Ukrainian Catholic from Canada, told Catholic News Service, “If this were to take place, it would be big news in the Year of Mercy. To make a step in this direction is beautiful, but also irreversible.”

Father Nazar described his reaction to the news as “cautiously optimistic” and said he hoped it would mark “a new beginning” in Catholic-Russian Orthodox relations.