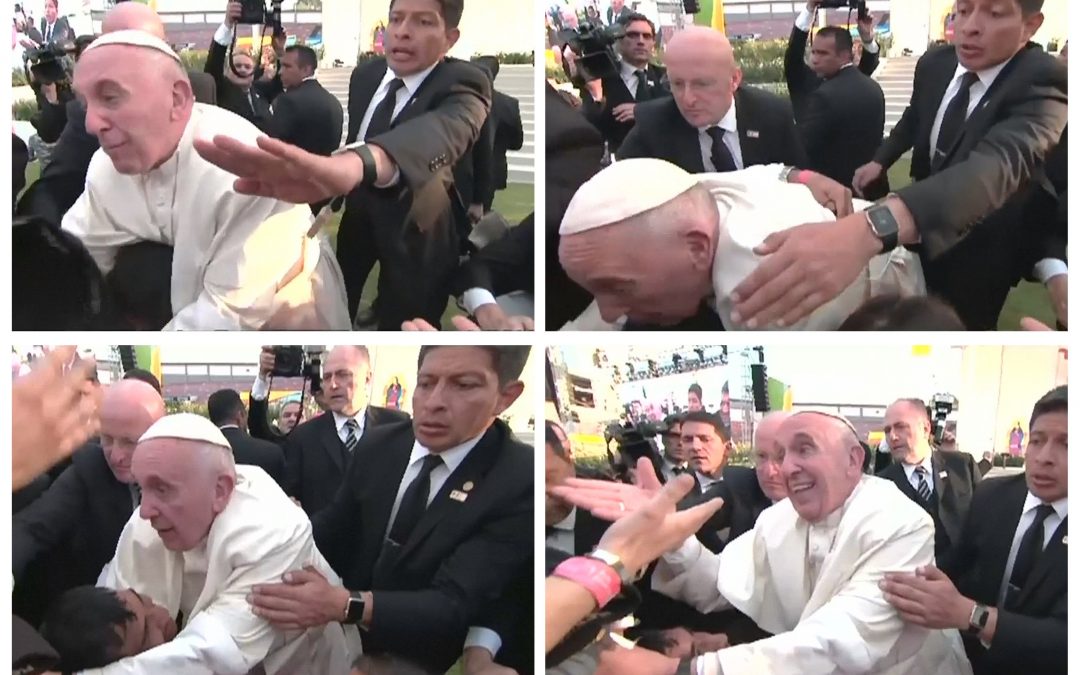 As the 79-year-old pope made his way to greet a boy in a wheelchair, one of the many pilgrims behind the boy pulled the pope’s arm, causing him to fall over the disabled youth.

The scene, which was witnessed by thousands watching the event, prompted organizers to plead with pilgrims to show some restraint.

“Please contain yourself,” the announcer said. “Pope Francis wants to greet us, but if we pile up, it will be difficult to do so.”

Later, the Vatican spokesman, Jesuit Father Federico Lombardi, said, “It was a very human, very normal reaction” to a situation that was potentially dangerous and one that came near the end of a long day.